It's a growing statistic. Take measures to prevent manure storage incidents on your dairy.

Saturday night, our industry endured yet another tragic loss with the passing of a Northern Ireland dairy farmer and his two sons. The three died from effects of exposure to poisonous manure gases as sons Graham and Nevin tried to save their father, Noel. Nevin was a talented young rugby player who competed with Ulster.

As noted in a BBC news report, "It appears that Noel Spence slipped into the slurry tank and his two sons and then their sister attempted to rescue him but were overcome by toxic fumes from the tank." Their sister Emma was taken to the hospital where she recovered from the effects of fume inhalation and was discharged Sunday night.

According to The Health and Safety Executive in Northern Ireland (HSENI) there has been one fatality a month on farms in the area for the past 20 months, making it the worst period for farm safety in memory. In the past decade, Northern Ireland has had six slurry related deaths. 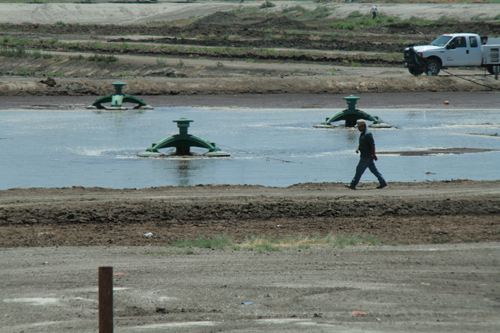 While the tragedy didn't occur on U.S. soil, it is a reminder that when we deal with manure storage we need to take the upmost care and have measures in place in the event of an accident. As manure decomposes it gives off poisonous fumes
Related