What every transition cow barn needs

These four features should be a part of every transition cow barn design.

By Rebecca Brotzman, D.V.M.     Nigel Cook, MRCVS And   Ken Nordlund, D.V.M.
The authors are with the School of Veterinary Medicine, University of Wisconsin-Madison. 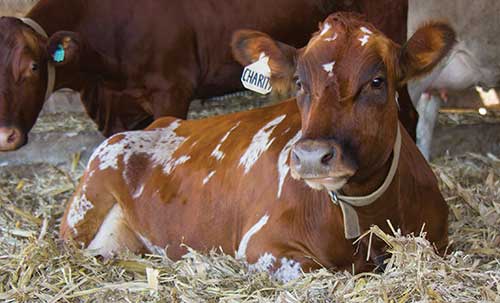 Room to eat, a comfortable place to lie and a stress-free calving environment all contribute to fresh cow performance.
Excellent fresh cow performance is a function of three important factors working in concert: good nutrition and feeding management, committed and skilled caregivers handling the cows at calving and identifying the sick ones during the early postpartum period, and good facilities.

Facility design has been the focus of our research and clinical experiences over the last decade. This has culminated in the development of the Wisconsin Blueprint of recommendations for the construction of improved facilities, available through our Dairyland Initiative website (https://thedairylandinitiative.vetmed.wisc.edu).

The Wisconsin Blueprint lists four main characteristics of excellent transition barn design: Provide room to eat . . .
Sufficient space for all transition cows to eat simultaneously appears to be the most important determinant of transition cow performance. In very practical terms, we recommend a minimum of 30 inches of bunk space per Holstein cow during the 21 days before and after calving.

Our video studies show that lactating Holstein cows voluntarily fill a feedbunk at a spacing of one cow per 30 inches. It is likely that pregnant prefresh cows would take even more space.
These recommendations for 30 inches of feed space per cow assume that the pens are equipped with headlocks or other vertical dividers. If cows are fed at a post-and-rail feeder, additional space should be provided as dominant cows appear to displace subordinates sooner in these situations.

Research shows that, when there is competition at the bunk when fresh feed is delivered, subordinate cows eat less and do not return to the bunk to eat more later on. Such a drop in dry matter intake can be very significant for cows in the last week before calving - leading to associated health problems such as ketosis, metritis and displaced abomasums.

. . . and a place to rest
A loose, deeply bedded surface has emerged in our field studies as a major factor for improving fresh cow performance. Cows around calving time become restless and stand up and lie down more frequently. This transition between standing and lying is particularly challenging for lame cows on firm surfaces.

Any deep, loose surface is an improvement over a hard surface. Mattresses covered with modest quantities of shavings or other materials are viewed as average, and concrete or other firm-packed materials covered with modest bedding are higher risk. Deep sand, dry-tilled manure solids or a deep, soft, clean and dry bedded pack are the gold standard for cow comfort during this critical period.

In any type of facility, transition cows require sufficient space to rest without competition. For bedded packs, a minimum guideline of 100 square feet per cow includes the bedded area only and assumes that cows have access to an external feeding alley or outside lot. The pack should be sized to accommodate surges in cow numbers. In open lot dairies, transition cow facilities should provide at least 45 square feet of shade per cow with loose bedding at least 3 inches deep.

Prefresh freestalls, in particular, need to accommodate the larger dimensions of late-pregnancy cows. Sufficient freestall width ensures that the use of neighboring stalls is not compromised by a recumbent cow, resulting in maximum stall occupancy.

Limit social stress
Minimizing the number of regroupings is another key to healthier fresh cows. Each pen move requires a cow to familiarize herself with the surroundings and creates stress as she establishes rank within the group.

The first two days after entry into a new social group are characterized by a dramatic upswing in the number of agonistic interactions and reduced time for eating and rest. If no additional new cows enter the pen, the group becomes relatively stable.

The movement of single animals should be avoided as it is believed that familiarity and social bonds among three to five moved animals may reduce the social stress of integrating within a larger group. Pens with daily entry of cows are in constant social turmoil, and every effort should be made to minimize the time prefresh cows spend in these pens.

To achieve fewer days with high social turmoil and higher numbers of transferred cows, a weekly move policy is preferable to more frequent entries into the prefresh pen.

The optimal transition cow pen would be an all-in system, where a cohort of cows due to calve within a short period of time, such as a 7- to 14-day window, are assembled with no further additions to the group through calving. Social rank would be established in the first days after the group is assembled and would be followed by relatively less turmoil in the weeks preceding calving.

Establishment of stable groups at the time of dry-off appears to bring with it several benefits. First, the group is established long before calving date, and even cows that calve a week or two prematurely are in a stable situation. Second, it eliminates the additional lockup of dry cows and removal of close-up cows from that group. Third, monitoring dry matter intakes of close-up pens becomes more meaningful when the cows within each pen are stable in numbers and stage of pregnancy.

It is typical to need to make some transfers between stable social groups. As cows freshen and move out, there will at times be a single cow remaining. It is preferable to merge prefresh cows with the next group when just a few remain, rather than allow cows to be penned on their own for any extended period.

Calving pens can refer to either the pen a cow is moved to hours before delivering her calf, or it could be a close-up pen where cows enter several weeks before their anticipated calving date. If the calving pen has a stable social structure (no additions after an initial fill), extended stays are fine. If new cows are continually being added, we recommend that the duration of stay be limited to two days or less. Clinical data from field investigations by our group show dramatic spikes in ketosis, displaced abomasums and early-lactation culling of cows that stay three to 10 days in daily entry group calving pens.

In the next issue, we will describe the planning process for designing effective transition cow housing. Potential for improved performance in transition cow friendly barns will follow in the third article. 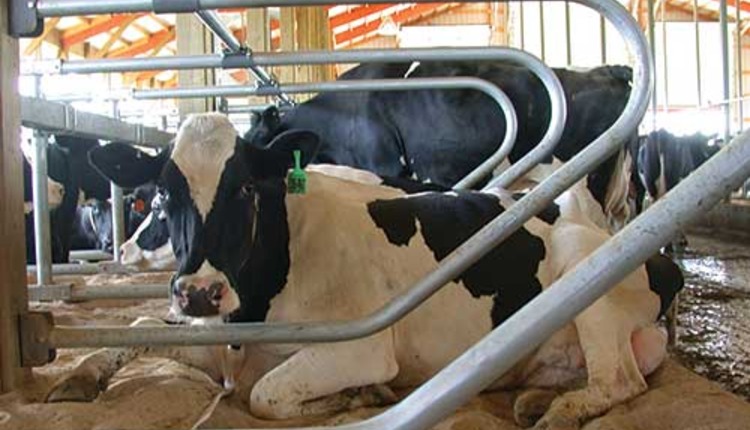 Animal Care
Worth the investment 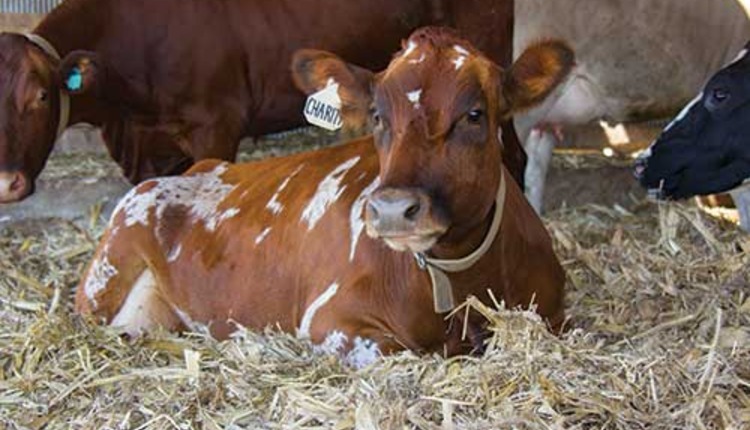 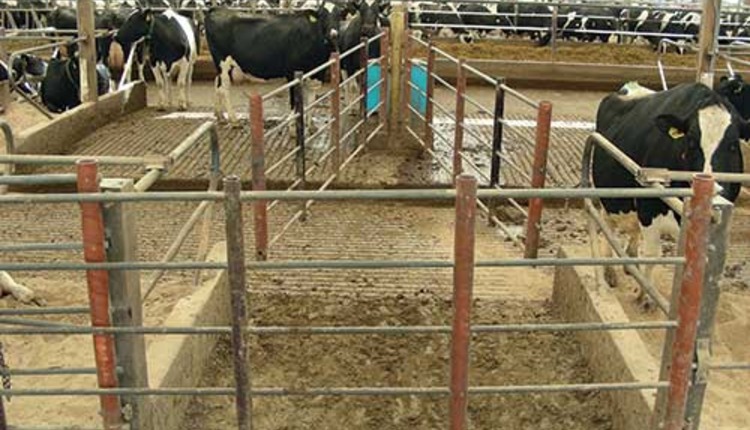