Dairies can be deadly 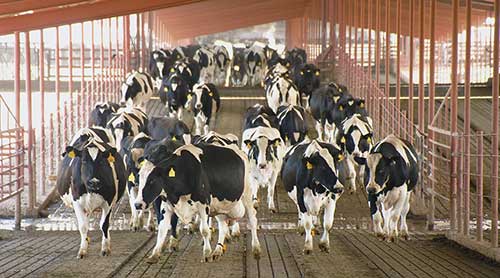 A just-released report by the U.S. Bureau of Labor Statistics has a message that is vital for everyone in agriculture to keep constantly in mind: Farming and ranching is a very dangerous industry to work in.

According to preliminary results in the 2013 Census of Fatal Occupational Injuries, farming and ranching experienced 21.8 fatalities per 100,000 full-time equivalent workers last year, ranking it eighth among all occupations.

Loggers (91.3) and fishermen (75) continued to be the most dangerous occupations by a wide margin, but what may be surprising is the farming and ranching mortality rate was higher than two occupations that seem more dangerous -- power linemen (21.5) and construction workers (17.5).

We called the Bureau in Washington, D.C., to dig deeper into the data. Beef cattle ranches, farms and feedlots had the most fatalities (43) among livestock industries, while dairy was second with 35. Of the dairy total, 17 were due to transportation incidents and three were due to falls or slips. (Click here to see the 35-page breakdown.)

Two reactions come immediately to mind about 35 fatal accidents on U.S. dairies last year:
1. That doesn't seem like many for nearly 50,000 dairies and 9.122 million cows.
2. One death is too many, no matter what the circumstances.

However, there is no mistaking the take-home message: Dairies are filled with machinery, motorized equipment, changing surfaces, and powerful, unpredictable animals weighing up to a ton. Ignoring safety protocols, or anything less than total attention and caution at all times, makes dairies more than dangerous; it makes them potentially deadly.