Fluid milk not tapped out

With a $30 million investment of dairy farm checkoff dollars into fluid milk, seven beverage partners have committed another $500 million of their own capital to potentially reinvigorate the long-slumping category.

By Hoard's Dairyman staff   @hoardsdairyman
Reversing a 40-plus year downward trend will be no small task. Fluid milk sales have steadily fallen from 1970's 30 gallons per person to a mere 19 gallons last year. Even faced with that daunting challenge, dairy promotion and checkoff leaders have made some well-calculated decisions that they think could stem, and hopefully grow, one of dairy's bedrock products - fluid milk.

The strategy?
The plan moving forward is to collaborate with beverage companies and reinvent the category. While it's a tall mountain to climb, the partnership strategy employed by Dairy Management, Inc., (DMI) which runs the dairy-farmer funded promotion checkoff, has worked quite effectively in pizza and other food categories. For one of DMI's early partners, Domino's Pizza, same store sales have grown 22.5 percent over the life of the six-year partnership. That now represents 528 pounds of cheese sold in stores each week compared to 430 pounds at the beginning of the partnership.

For the past year, dairy promotion leaders have engaged the fluid milk community for game-changing ideas. At the Dallas annual meeting, United Dairy Industry Association Chairman Neil Hoff announced that seven finalists where selected from the proposals to reinvent fluid milk.

Hoff, a Texas dairyman, shared that those seven included Dairy Farmers of America (DFA), Darigold, the Kroger Company, Maryland and Virginia Milk Producers Co-op, Shamrock Farms, Southeast Milk and the Coca-Cola Company. While all organizations are working on proprietary ideas still not ready for the main stage, the Coca-Cola Company was ready to role out its strategy.

"We believe we can reinvigorate the fluid milk category," said Sandy Douglas, president of Coca-Cola North America and global chief customer officer. "As the world's largest beverage company, we believe dairy is part of our long-term growth strategy," he told the nearly 1,000 people attending the joint annual meeting of DMI and the National Milk Producers Federation (NMPF). "Our plan is to filter and concentrate milk to deliver two to three times the nutrients," said Douglas, in making a comparison to milk already sold on store shelves.

The fluid milk strategy fits nicely into Coca-Cola's 2020 vision, which includes reinventing itself from a soft drink company into a total beverage company. Its fluid milk product has been dubbed "Fairlife," and it will be produced in partnership with Select Milk Producers.

Capitalizing on shifting consumer patterns, the product will be filtered, concentrated and ultrapasteurized. The latter means the product can remain on store shelves, without refrigeration, for many months, far longer than traditional milk-based beverage products. 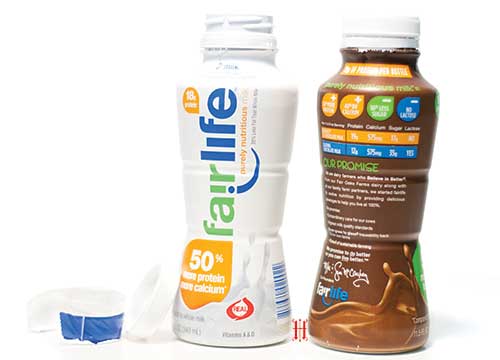 Chocolate and White will be among the first two fluid milk ventures branded under the Fairlife brand by Coca-Cola and Select Milk Producers. The national product launch of the extended shelf life, ultrapasteurized product, will take place this January.

Already available in the Denver, Colo., test market, Fairlife has done extremely well, outperforming competitive beverages like Nesquik, Almond Breeze, Horizon Organic and Silk Soy. Two of those products are plant-based products sold as "milk." "More importantly, the 30-day repeat buy rate in the Denver test market was 50 percent," said Saint John, noting that half of the shoppers came back to buy more of the new product.

In late December and early January, there will be a national launch of Fairlife. "In March, it will be met with a Coca-Cola Fairlife funded $30 million advertising campaign which was larger than Coca-Cola's market launch of Simply OJ,'" Saint John explained to the dairy audience.

"It's a tremendous investment," Paul Rovey, chairman of DMI, later commented. "This partnership is following in the same footsteps as our other partnerships."

All in on FARM
By a unanimous vote of the NMPF board of directors, dairy marketing organizations participating in the FARM (Farmers Assuring Responsible Management) program must have all of their farm suppliers enrolled in the program by January 2017. This action further signals the documentative steps that the industry is taking to ensure top-quality animal care through its FARM program.

At the same time of making this decision, the board also established clear provisions to investigate allegations of mistreatment. In those cases, dairy farms will be subject to an independent review and may be temporarily suspended from the program if any allegations are substantiated.

"I am proud that our board of directors decided that, in order to be listed as an organization participating in the FARM program, you must require that all your farms are covered by it," stated NMPF President and CEO Jim Mulhern.

"Our board was unanimous on this decision," stated Randy Mooney, NMPF Chairman, who noted the decision was determined rather quickly. "In the past, we would have debated for hours and had a secret ballot."

Earlier in the meeting, newly hired Clay Detlefsen, NMPF Senior Vice President, regulatory and environmental affairs, explained that the board of directors gave the go-ahead to start an Environmental Services Cooperative.

"The new co-op will facilitate nutrient trading, enhance nutrient recovery and digester technology, and provide environmental services," said Detlefsen. "The co-op will be a repository for knowledge and environmental expertise for all co-ops that want to pursue new and unique opportunities."

"We need to be proactive because we cannot litigate our way out of environmental issues," explained Mulhern. "We need to play offense."

There are a number of opportunities: A little more time
Noting that Black Friday - the shopping day after Thanksgiving - was the government's deadline for 2015 sign-up on the newly minted Margin Protection Plan for Dairy (MPP-Dairy), USDA Secretary Vilsack came to Dallas and announced that the deadline had been extended by one week. The new deadline is December 5, while the comment period on dairy which constitutes new dairy farms and how the Dairy Donation Program will work has been moved back to December 15.

As for MPP-Dairy, "We hope, at a minimum, that dairy producers will participate in the catastrophic dairy coverage," said Vilsack. "Let's show our friends in congress that the new dairy program is important to you by signing up."

"I'd prefer one checkoff. But again, since people cannot agree, I felt I needed to step in," he further explained. "There is a way to stop the supplemental beef checkoff plan . . . Get back into the room and reach a consensus."


This article appears on page 719 of the November 2014 issue of Hoard's Dairyman.
Related 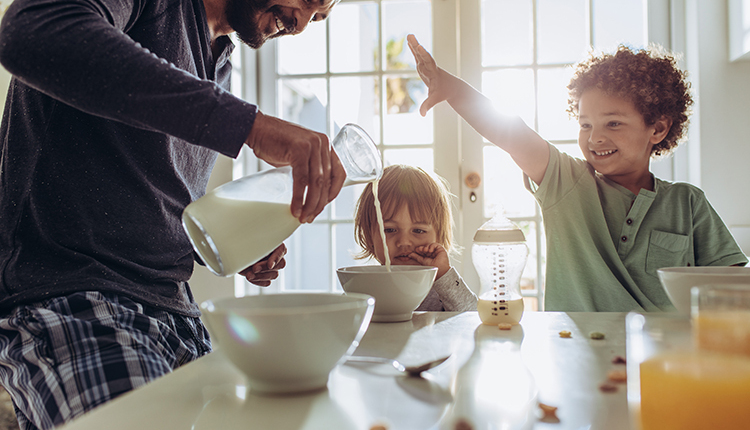 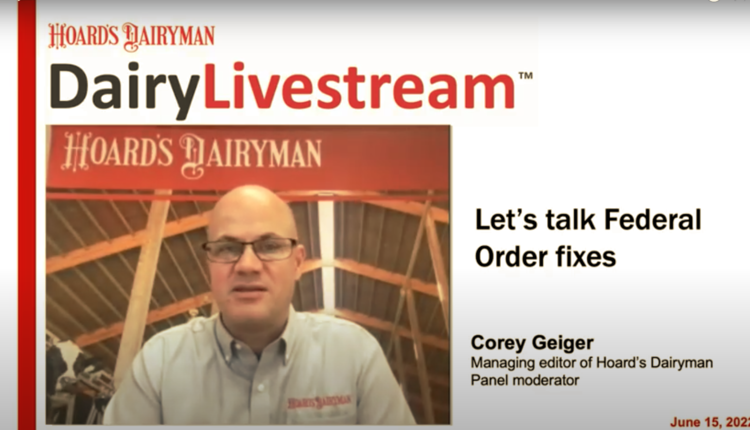