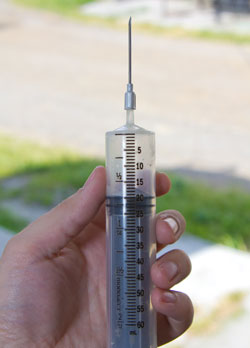 A special report that recently appeared in Reuters magazine took a shot at the use of antibiotics and, more specifically, the product ceftiofur, in dairy and beef production. The authors recognized the drug's importance in livestock production but called to attention what they considered its misuse on American farms and a threat to human health.

The article singled out ceftiofur, a product marketed by pharmaceutical company Zoetis, stating it accounted for one-fourth of all residue violations logged by the USDA in 2013. Roger Saltman, D.V.M., group director for Cattle and Equine Technical Services at Zoetis, explained in a teleconference that those numbers were poorly defined.

As part of the government's food safety monitoring program, the USDA has a multi-tiered approach to detecting residues, including scheduled random sampling. Doing this, the USDA has found that the prevalence of antibiotic residues in food animals is very, very low. For the first half of 2014, only three violations were found in the scheduled sampling program, and not one of them involved ceftiofur, Saltman noted.

The numbers cited in the Reuters article referred to the second component of residue monitoring, called the "inspector generated program." Inspectors observe every animal as it is presented for harvest, Saltman said, and unhealthy looking animals are tagged suspicious and further tested. Of the 225,000 animals tagged and tested in 2013, 415 were positive for ceftiofur. Saltman emphasized that, if any suspicious animals contain residues, they are condemned and do not reach the food chain.

The critical component to keeping residue levels low is following withdrawal times, which are set by the FDA, not the drug sponsor, after an extensive group of studies. All relevant data is reviewed to establish a withdrawal time that will ensure safe meat, milk and eggs for human consumption, noted Saltman.

"The article ended up painting a picture of the dairy industry and drug regulating practices very inaccurately," Saltman shared. But, it did highlight the importance of stepping up antibiotic use protocols. "All of us in the dairy industry do need to redouble our efforts. We have to be sure we follow withdrawal time and make no mistakes in identification of antibiotics," he said.