Yakima case a bellwether of future challenges ahead

Unless Congressional action is taken to clarify RCRA, the Washington state ruling on manure and its nutrients could forever change livestock production.

By Leah H. Ziemba
The author is an environmental attorney with Michael Best & Friedrich LLP. Ziemba and her husband are also active partners in her family's dairy farm near Elkhorn, Wis.

While specific to this case, the Yakima dairy farm's settlement terms could cause
other citizen groups to rely on its finding as a judicial settlement.
The dairy industry has been closely monitoring the environmental lawsuits brought by local and national activist groups against dairies in Washington's Yakima Valley. A recently proposed settlement, precipitated by a federal judge's decision in Washington, has the potential to impact every dairy farmer.

In January 2015, in the most recent Lower Yakima Valley dairy decision, a federal judge in Washington decided that manure could be considered a "solid waste." Judge Thomas Rice noted that term is defined in the federal Resource Conservation and Recovery Act (RCRA) when manure is not used as a beneficial fertilizer or soil conditioner.

The U.S. District Court for the Eastern District of Washington also found that a dairy farm's manure was "excessively overapplied" and that this could constitute disposal of a solid waste under RCRA. The judge further found that the farm's application, storage and management of manure were tantamount to "open dumping" in violation of RCRA.

In Community Association for Restoration of the Environment Inc. et al. (CARE) versus Cow Palace, LLC et al., the plaintiffs sued Cow Palace, a dairy with more than 7,000 milking cows. The CARE group alleged that the farm's manure storage and management practices constituted the disposal of solid wastes and created an "imminent and substantial endangerment" to public health and the environment under RCRA. Like the Clean Water Act, RCRA allows citizens to bring suit, after providing jurisdictional advanced notice to the government and defendant, and act as citizen enforcers. Importantly, the statute provides for the recovery of attorneys' fees and costs in a successful action.

Both RCRA's legislative history and the U.S. Environmental Protection Agency's (EPA) implementing regulations explicitly state that RCRA does not apply to agricultural wastes. This has included manure that is "returned to the soil as fertilizer" and "soil conditioner." The judge in this case determined that manure could be considered a "solid waste" under RCRA when it is overapplied to fields, managed and stored in ways that allow it to leak into the soil because, at that point, the manure is no longer "useful" or "beneficial" as a fertilizer.

The holding in the case is limited in its application and is based on a fact-intensive inquiry. Nonetheless, activist groups can (and likely will) attempt to assert the case's holding and reasoning in broader applications where livestock operations are the target.

The court found that the farm failed to use manure nutrient analyses or consider average crop yields when determining manure applications. Not every manure source was sampled, and the manure analyses were not actually used to determine application rates. The farm was also found to have failed to credit residual manure (and nutrients) already present in the soil when determining application rates and amounts. Postharvest soil sampling indicated excessively high levels of manure constituents in the farm's fields, which indicated to the court that manure was applied at a rate in excess of what the crop actually could or did use.

The judge found that the farm's manure applications were not only "untethered" to nutrient management best practices, they were done without regard to crop fertilization needs. The judge presumed this was an effort to discard the farm's excess manure, not use it as a beneficial fertilizer.

In addition, the judge noted that the farm could not establish that its manure storage structures (described as earthen impoundments that included storage ponds and basins constructed several years before the action was brought) were designed or constructed in compliance with applicable technical standards developed by the U.S. Department of Agriculture's Natural Resource Conservation Service (NRCS). Even if the farm's structures were constructed in accordance with NRCS standards, the judge noted that NRCS standards for earthen lagoons specifically allow a certain amount of permeability, making the structures "designed to leak" and the leaking manure a "discarded material" and a "solid waste" under RCRA.

Finally, the judge concluded that the farm's practice of composting manure directly on the ground created a "solid waste" because it was knowingly abandoned to the underlying soil and allowed accumulations of nitrates to migrate toward the underlying aquifer.

By finding that manure was a "solid waste," the judge in CARE versus Cow Palace, LLC allowed CARE's lawsuit to continue to address remedies and surface water impacts. The case was set to go to trial on May 11. Just prior to trial, the parties submitted a proposed consent decree to the court, indicating that a settlement had been reached subject only to the court's approval.

Given the lawsuit's focus on groundwater impacts, Cow Palace also agreed to provide to certain residents bottled water or reverse osmosis (RO) systems. They will also contribute several thousand dollars each month to a fund to pay for these services until certain wells meet a nitrate standard for two consecutive years or until the dairy is no longer considered a significant source of nitrate contamination of groundwater. Cow Palace also agreed to pay the plaintiffs' attorney's fees ($300,000) and all costs for monitoring compliance with the settlement agreement going forward. On the same day, CARE filed nearly identical proposed settlements in the other two cases brought against Cow Palace's neighbor.

The Lower Yakima Valley dairy lawsuits started with environmental groups seeking EPA emergency action under the federal Safe Drinking Water Act to protect groundwater resources in Yakima Valley. Groundwater monitoring data collected as part of EPA's efforts in the Lower Yakima Valley provided the basis for the CARE versus Cow Palace suit. In 2014, several environmental groups filed a request for EPA emergency action under the Safe Drinking Water Act against dairy CAFOs (Concentrated Animal Feeding Operation) in Kewaunee County, Wis., for nitrate and bacteria contamination of groundwater. Rest assured, citizen groups are keenly aware of the ramifications of this decision and will be relying on it as judicial precedent.

Although the CARE versus Cow Palace decision is very fact-specific, it is more important than ever for farms to critically assess their nutrient management practices, as well as their manure handling and storage. Although a strong nutrient management plan with well-documented compliance is a good first step, it may not be the end of a court's inquiries if CARE versus Cow Palace becomes the standard that other courts apply. These cases can certainly be defended, but it will come at a considerable cost (in both time and money) to a defending dairy farm.
In the end, Congressional action may be needed to clarify its intent with respect to RCRA's (mis)application to agriculture. 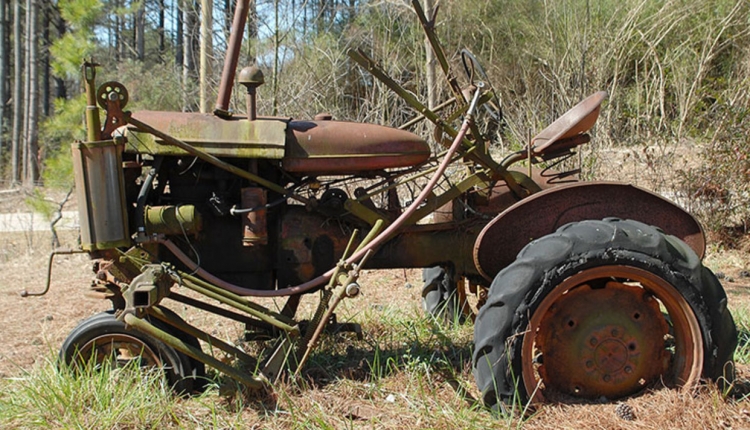 There are new guidelines for feeding calves
Dairy Calf & Heifer
Related to:
features, environment
In Features