Oil is tanking. Is it time to fill up? 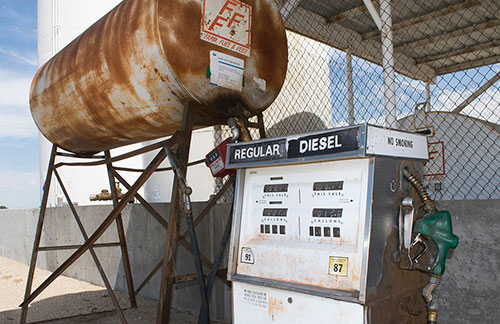 A buyer's market, at least for the time being, has returned to the crude oil price world.

The complete list of reasons why is no doubt much longer, but I'll stick to a few basic ones I understand:

1. Fuel efficiency has really taken hold in the automotive world, with the result that global demand for gasoline is stagnant at best.

2. China's economy is cooling, auto sales are way down, and so is demand for fuel.

3. If the nuclear treaty between Iran and the U.S., China, Russia, Britain, France and Germany goes through, then Iran will put even more oil production into the global pipeline.

Those three reasons add up to a situation where global oil supply exceeds demand, which Economics 101 says means prices go down – which they have been doing throughout most of 2015.

Last week, the out-of-nowhere devaluation of the yuan by the Chinese government drove prices for Brent crude oil, the international benchmark, to less than $49 per barrel. A year ago the price was over $104.

That unexpected move erased oil price gains that had been made since July 29 when Saudi Arabia, the world's largest oil producer, said it would trim daily production by 2.8 percent when summer ends.

Back on the farm, the current oil surplus and low prices –market analysts generally predict gasoline pump prices of $2 or less per gallon this fall – pose a question for dairies: Should they think about stocking up or contracting to lock in prices?

Fuel isn't a huge cost of production for dairies, but it isn't tiny either. According to income and cost summaries from Genske, Mulder & Company, the nation's largest dairy accounting firm, average total fuel and oil cost on dairies in 2014 was $82 per head.

Last fall, a dairy owner told me he doubled his on-farm fuel storage capacity to 12 months to take advantage of prices that at the time were $1 per gallon less than the previous year. Today's prices are even lower.

When I spoke to him again last week, emphasized again that in a weak milk price environment where income levels are low or unpredictable, managing input costs is perhaps the best option dairy producers have to help protect their margins.