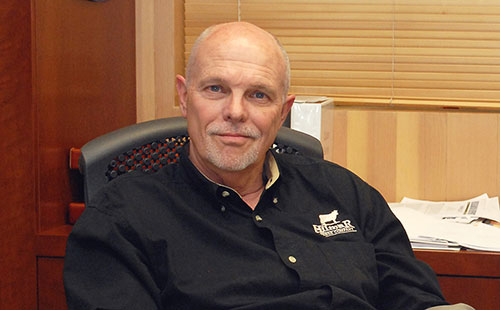 Today is the last day at work for John Jeter, the candid and always passionate chief executive officer and president of Hilmar Cheese Company in Hilmar, Calif., for 31 years.

He was the first, and for a while only, employee of the do-or-die company started in 1984 by a dozen Jersey dairy owners in central California. Its creation shouted to the rest of the dairy world, "We aren't going to take Holstein milk prices anymore!" and awakened many producers to the concept of solids-based pricing.

The company rocked the milk pricing boat long and hard, and its ripples continue today. "Like night and day" doesn't really cover how much things have changed for the little company that could – and did.

On his first day of work on April 30, 1984, Jeter says Hilmar Cheese Company consisted of 12 owners who had literally bet everything they owned to create the company, three other dairymen who agreed to sell them milk, a grand total of three loads of milk, and a 150-mile haul to get them to a plant that would process it for them because they had no plant of their own.

Today, the company processes 500-plus loads of milk per day from 200-plus farms and operates what are believed to be the two biggest cheese manufacturing plants in the world, one in Hilmar and the other in Dalhart, Texas.

David Ahlem will take over as Hilmar Cheese Company's CEO tomorrow. Of him Jeter says, "If I could design somebody to take my place, they wouldn't be as good as David."

Jeter's retirement plans also begin tomorrow, with a visit to his daughter, son-in-law and grandson in California's Central Coast. More travel with his wife is on the to-do list, along with as many rides on his motorcycles as possible.