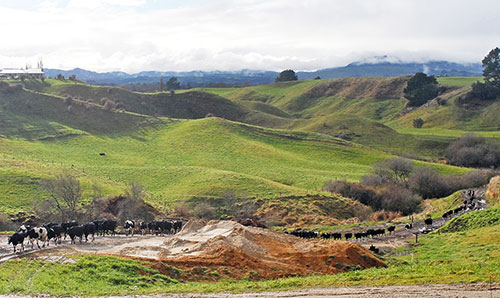 Dairy profitability is virtually impossible in New Zealand these days, and milk producers there are eliminating so many animals that total cow numbers in 2016 are expected to decline for only the third time in 28 years.

A slowdown in global dairy demand is being made worse by higher milk production in many countries and has created a glut of supplies around the world. In the process, the largest dairy exporter has seen its farm milk prices crushed.

Culling rates have jumped in response, to the point that USDA predicts total dairy animal numbers in New Zealand next year will drop about 4.2 percent from current levels. If so, it would be the first decline in a decade and only the third since the 1988-89 season.

On the other hand, the country's beef industry is forecast to grow in 2016, spurred by continued high demand and prices for beef.

According to DairyNZ, the industry organization that represents all New Zealand dairy farmers, break-even price in the flagship Waikato region is NZ$5.70 or $20.08 U.S.