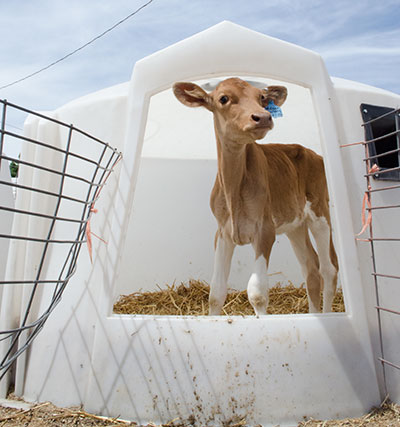 For years, preweaned dairy calves were housed individually as a means to reduce the spread of disease and monitor feed intake. Yet, over time, researchers have suggested that calves may benefit from socialization in group housing situations.

Are farms across the country moving that direction?

Data collected by USDA and shared in the recently released "Dairy Cattle Management Practices in the United States, 2014" report showed that, while some farmers are utilizing group pens, individual housing is still most common.

Indoor group housing in multiple animal pens was the third most popular housing choice for preweaned calves, recorded at 14.7 percent of the dairies.

Location impacted housing choice. In the west, outdoor individual housing was the clear leader, used on half the operations. Less than 1 percent of farms in the west used indoor group housing.

Regardless of location, nearly all operations (94 percent) that housed preweaned calves in individual outside hutches provided extra bedding and a windbreak during cold winter weather.