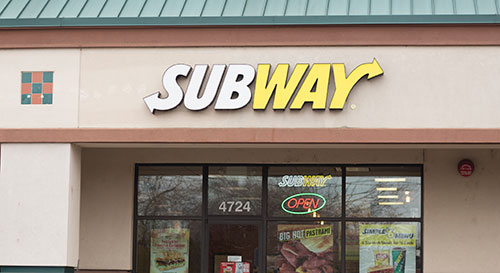 That headline is proudly displayed at Subway restaurants across the country and is front and center of the restaurant chain's website. The statement certainly sounds good, but does it tell the whole truth?

Last fall, Subway joined a few other restaurants and stated that it was going "antibiotic free." To learn more, read the article "Subway wants to be antibiotic free." Realizing that the process would take some time, Subway made a commitment to first transition to chicken raised without antibiotics by the end of 2016. Turkey raised without antibiotics would follow two or three years later, and the same goal for pork and beef would be achieved by 2025. 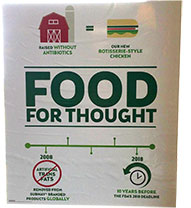 Starting March 1 of this year, customers were able to get their first taste of that antibiotic-free chicken in the form of a rotisserie-style chicken sandwich.

No doubt, this new offering will likely appeal to many customers. Such bold marketing, however, which states that this chicken is antibiotic-free, may open doors of confusion for customers, insinuating that the other chicken they serve contains antibiotics.

Also, a closer look at Subway's antibiotics policy shows that they actually do support the use of antibiotics in farming, as long as they are not used to promote growth. Their website states: "Our policy is that antibiotics can be used to treat, control and prevent disease, but not for growth promotion of farm animals."

If we as agriculturalists are confused, we can only wonder what message our nonagricultural neighbors are taking away from this latest marketing campaign.