A dairy quiz you say? Bring it on! 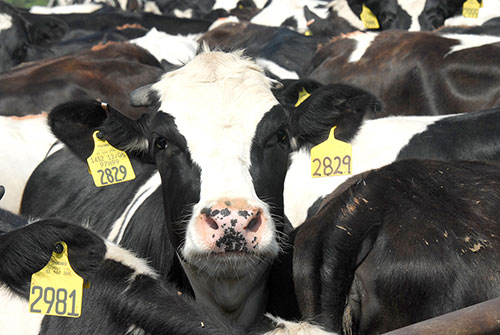 Dairy farming in the U.S. is an amazing industry.

It is big, yet it is getting smaller all the time. Its basics are the same everywhere, yet how they are done differs everywhere – and often dramatically.

Here are a few questions about the U.S. dairy industry that are reminders of this, and a few that are just fun. (No fair using Google before answering!)

QUESTIONS:
1. The number of licensed dairies in the U.S. in 2015 was 43,584. How many U.S. colleges or universities have on-campus undergraduate enrollments that are bigger?

4. How many states have more cattle (dairy and beef) than people?

5. A new record for the most milk during a 365-day lactation was set in January by a cow in Wisconsin. How many pounds did she average per day?

6. Up to how many miles away can a cow smell something?

7. In what year was milk first sold in glass bottles in the U.S.?

8. How many dairy companies are on the Fortune 500 List?

9. What is the oldest age a cow is known to have reached?

10. What percent of the world's consumers do not live in the U.S.?

6. Six, according to the University of Illinois, but it doesn't say what that something is.

10. 95.5 percent, which is a reminder that there are 21 times more possible customers for U.S. dairy products outside of the country than there are here at home.