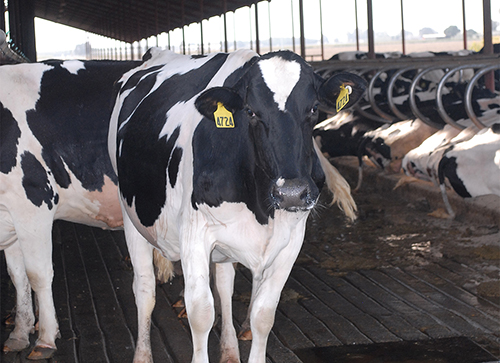 Any bit of milk price help is welcome news in California these days.

Prices received by Golden State producers have been below the cost of production all year so far and are poised to hit new lows when May, June, and July payments are announced. To make matters worse, a one-year change in the California milk pricing formula that raised the value of whey to bring it into closer relationship with the federal pricing program was set to expire on July 31, 2016.

But that temporary increase was made permanent last week by California Department of Food and Agriculture (CDFA) Secretary Karen Ross, who cited the "especially challenging" financial conditions being faced by the state's milk producers. Her announcement also seemed to concede that tweaking the pricing formula ultimately amounts to little more than a small Band-Aid.

"I still believe adjustments to the pricing formulas are inadequate to address long-term structural challenges facing the dairy industry," she said. "However, we must continue to respond to changing conditions in our industry by using the only tools available through the current milk pricing system."

Whey values used in the California pricing formula have historically been far below those used in Federal Milk Marketing Orders (FMMOs), resulting in California 4b (cheese) prices that have occasionally been more than $2 per hundredweight below comparable FMMO Class III prices.

"Permanent" also figures to not be very long. California producer groups last year submitted a comprehensive proposal for a statewide FMMO to replace California's pricing plan. It is currently under review by the U.S. Department of Agriculture and, if approved in a producer referendum, could go into effect sometime in 2017.

"Dairies across the state are going out of business at an alarming rate, and although we welcome the milk pricing decision that Secretary Ross announced, it will not be enough to sustain many more dairies on the brink of closure," said California Dairy Campaign President Joe Augusto.

Rob Vandenheuvel, general manager of Milk Producers Council, is also pleased by the announcement – and frustrated that it will be too little too late for some dairies.

"This hearing result improves the course going forward, but it doesn't erase the $2 billion "California discount" (California 4b versus FMMO Class III price gap) that has existed from 2010 until now," he said. "The damage has been done and we are seeing the results of the past decisions made."