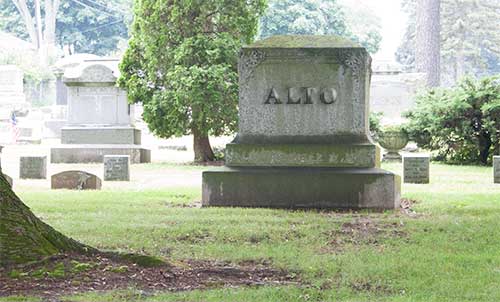 Although it's been in a vegetative coma since March 31, 2008, the dairy co-op's official death notice, representing its last legal business day, will read June 30, 2016. That's according to a May 26, 2016, letter that former co-op patrons received including a final distribution payment following its complete liquidation. Years earlier, all patron equities, including gain on the sale, had been distributed to members.

What co-op are we discussing?

The Alto Dairy Co-op, once headquartered in Waupun, Wis. It had been the Badger State's oldest farmer-owned cooperative, dating back to 1894. Now, it becomes a footnote in history.

In 2008, Alto was one of the nation's 20 largest dairy co-ops when it agreed to be purchased by Canada-based Saputo.

Prior to its sale, Alto lost money four of six years. Contributing substantially to the red ink was money lost in a joint venture involving a pizza business in Texas. That situation eventually led Alto to cut its workforce by 25 percent. As the situation unfolded, Alto came under severe financial stress and member equity dropped to about 20 percent of total liabilities. That entire situation made credit hard to find.

That's when Saputo agreed to buy the financially stressed co-op for $160 million even though Alto had annual sales of $378 million.

In January 2008, the Alto board of directors voted unanimously to approve the co-op's sale with Saputo. In March of the same year, with some 344 of the 469 active members present at a meeting in Fond du Lac, 98 percent of Alto members cast votes to approve the sale.

And with that vote, Saputo took control of the Alto assets and began to churn out 17 million pounds of cheese on March 31, 2008.

Fast forward eight years . . . June 30, 2016, will be the final breath from Wisconsin's oldest farmer-owned dairy co-op. That is when the cooperative will officially be liquidated and close its books. As patrons were told in writing, "There will be no additional assets remaining in the Alto Cooperative after this distribution."