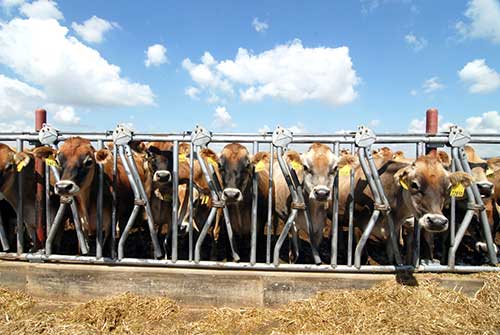 There's really no way to sugarcoat what kind of year 2015 was for dairy owners: it was bad.

After setting an all-time high in 2014, average Class III prices plunged by $6.54 per hundredweight in 2015 to a five-year low. It was a turnaround that caused waves of red ink that few producers were able to avoid.

According to 2015 average income and operating cost summaries done by Genske, Mulder & Company, the largest dairy accounting firm in the U.S., its clients lost an average of $183 per cow for the year. By comparison, 2014 saw an average profit of $826 per cow.

The firm does annual summaries for seven Western states and two Midwest (actually Central Plains) areas. The average size of herds represented is approximately 10 times the national average, so summaries may not accurately reflect the financial performance of smaller herds or of those in other parts of the country. Nonetheless, it is the largest database of dairy income and operating cost information we know of.

The firm also does a summary each year of its clients who milk Jerseys. Simply put, those summaries regularly turn the myth that the breed can't compete with Holsteins upside down.

While 2015 was a bad year for dairies in general, it was only about half as bad for Jersey dairies, as seen by their $99 per head average loss in the accompanying table of Genske, Mulder & Company data.

Ventilate the spots where cows need it most
By Dennis Halladay, Western Editor