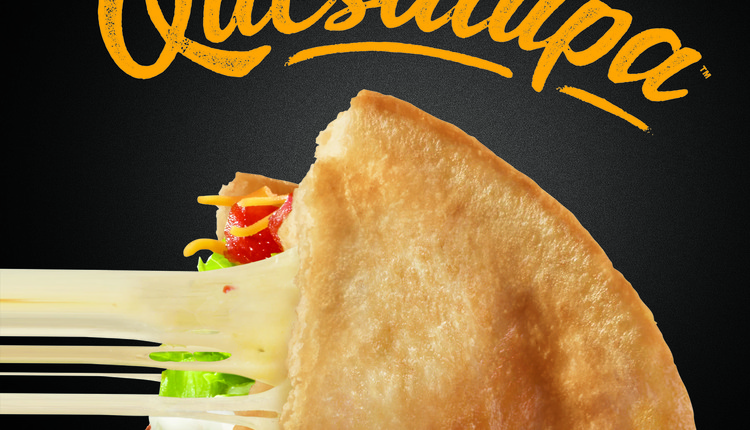 When it comes to new products, the Quesalupa is not only the star of the Taco Bell brand, it recently earned top billing at the Prepared Foods New Products Conference held one month ago as the “Most Disruptive/Interesting New Product.” However, had it not been for a pair of dairy scientists working at Taco Bell, the Quesalupa may not have made it to the marketplace . . . or at least not this soon.

For dairy, that’s a big deal because the Quesalupa has five times the amount of cheese as the Crunchy Taco, Taco Bell’s long-standing signature menu item. The 500 percent boost in cheese doesn’t even consider the reduced fat sour cream added to each Quesalupa.
“The DMI partnership allowed us to place a dedicated resource on the Quesalupa project,” said Taco Bell’s Heather Mottershaw. “DMI’s Lisa McClintock would continually go to the plants to ensure the Quesalupa’s tortilla shell made it to the marketplace. By having that dedicated person, we were able to create this product at a much faster pace.”
To learn more about the award-winning Quesalupa, with Pepper Jack cheese and sour cream as its star ingredients, listen to comments from Taco Bell’s Heather Mottershaw who has 13 years of expertise with Taco Bell. A note to the listeners, at times there are questions from Hoard’s Dairyman Managing Editor Corey Geiger.
This Hoard’s Dairyman Intel article is part of an eight-part Dairy Food Maker series with Taco Bell. It details a partnership that began with Taco Bell and Dairy Management Inc. (DMI) in 2012 and continues to this day with Dairy Checkoff dairy scientists working directly at Taco Bell’s headquarters in the greater Los Angeles, Calif., area.
Click here to view previous reports from the Taco Bell series:
Breakfast is 90 percent dairy
To read more about the Taco Bell experience and the organization’s partnership with dairy farmers, turn to pages 648 and 649 of the October 25 issue of Hoard’s Dairyman for the Food Maker series.

Hoard's Dairyman Intel - Thursday
Will we have a farm bill by this September?
-
comments powered by Disqus