There are ways to deal with family conflict

By Charles E. Gardner, D.V.M.
The author, from Orefield, Pa., is a veterinarian with a master of business administration degree (MBA). He works with farm families on management, asset transfer, and communication skills. 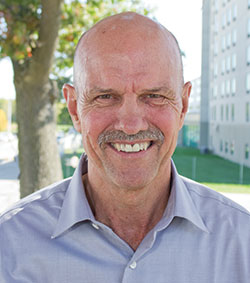 Charles Gardner
"You always . . .”
“Yeah, well you never . . .”
Imagine those phrases, spoken in a loud, angry voice, and you can probably finish the sentences with words that you have heard uttered during a conflict within your own farm family. Conflict is part of life. Yet some families seem to manage it and still enjoy positive relationships, while others are destroyed by it. Certainly the source and the degree of the conflict plays a role in the final outcome, but just as important is how conflict is addressed.
Begin with understanding
The best suggestion I ever heard on this subject came from Steven Covey, in his book Seven Habits of Highly Effective People. He offers a simple phrase, which is “seek first to understand, then seek to be understood.” When we truly understand each other, a great deal of conflict simply goes away.
The practical application of this advice is that when you find yourself in conflict with another person, discipline yourself to really try to understand his or her side of the issue. Do this by picking a time to meet uninterrupted and sincerely invite the other person to share his or her point of view. Do not interrupt or plan your response while they are talking.
Just listen.
Really listen.
Try to establish and maintain eye contact as he or she talks. After the person finishes, give some feedback that helps them to know you heard them. Saying “I hear what you’re saying” or “I understand where you’re coming from” demonstrates respect for their opinion.
In most cases, once the other person feels like they have been heard and understood, he or she is willing to listen and respect your position. So after you listen to them, and share back that you have heard them, ask them to listen to your viewpoint.
Be careful with your words.
Start your sentences with the word “I,” and then tell the other person how you are affected by the situation. Avoid criticizing or judging them. Just explain how you are impacted by the issue under discussion.
Here is an example.
John and Harry are brothers and have been farming together for 10 years. Overall, they have done well, but there are areas of tension between them. One of those areas is bunker silo management. Harry does the feeding. John notices that there are often small piles of silage left along the bottom of the silo face when Harry finishes. The face itself is very erratic. John has done the feeding when Harry is away, and he has found it relatively easy to keep the face smooth and to only break away the amount of silage he needs to feed that day.
In the past, John has criticized Harry for the way he keeps the silo face. Harry has responded defensively. Arguments resulted. Nothing changed. Now John is reluctant to bring up the subject, but whenever he walks near the bunker silo, and sees its condition, he feels upset.
Suppose John asked Harry for a time when they could meet and review some farm management issues. Ideally, they would get together off the farm, perhaps at a local restaurant for lunch. John begins the conversation by reviewing some “nonvolatile” subjects, such as planting or harvesting time tables, or considering an upgrade to the parlor, or a possible raise for the herdsman.
Eventually John tells Harry that he would like to better understand Harry’s thoughts about the silo face. John needs to stress the sincerity of only wanting to understand, not to criticize. His tone of voice must be respectful. Harry may still be defensive, but hopefully he will offer something to help John see his point of view. It is important for John to be open to whatever explanation Harry offers.
When Harry is finished, John can respond by saying, “I see your point of view. I have read and heard that spoilage can be reduced, and feed quality improved, if the face is kept really clean and firm. I wonder if it would be worth the extra time and effort needed to do that.” Notice that John totally avoids the word “you.” He also does not say “but” after his statement about seeing Harry’s point of view. The word “but” negates the previous statement and is best not said.
From this point forward, John has probably done all he can do. Harry may change, or he may not. He may possibly challenge John to provide evidence that better silo face management is really beneficial. If so, John should produce the data.
If there is no change, John needs to decide if this is one isolated issue or if most of the work that Harry does is below John’s standards. Overall, is John better off farming with Harry or would he do better alone? Is it possible that someone else could do the feeding? Perhaps John simply has to accept that the silo face will not be managed as he would like it to be, but overall Harry brings a lot of good things to their business relationship.
Words to avoid
The two statements with which I started this column contained the words “always” and “never.” Learn to avoid those words when emotions are running high. They simply inflame matters and cause the other person to think of one exception, which distracts everyone from focusing on the real issue.
There are times when a third party, with training in conflict management, can help facilitate resolution of a significant issue. This person keeps the discussion focused on the problem, not the people. He or she directs the conversation toward a solution, rather than repeated rehashing of the conflict.
Conflict is part of any human relationship. When family and business is combined, the disagreements can be especially painful. Demonstrating mutual respect and a sincere desire to understand each other can go a long way toward resolution.
This article appears on page 714 of the November 2016 issue of Hoard's Dairyman.
Related 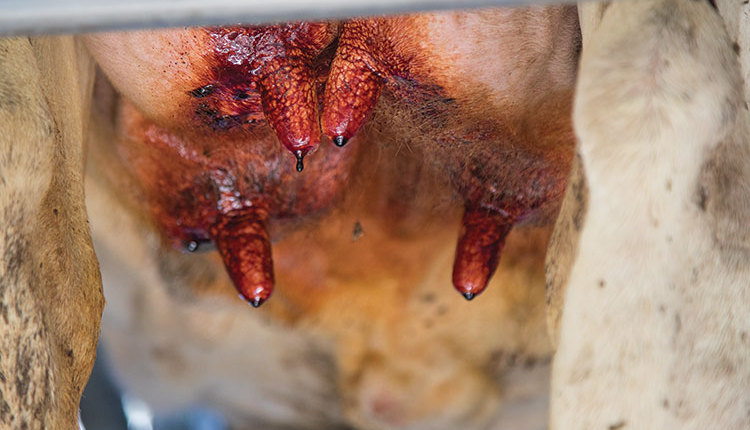 Features
Efficient . . . what an offensive word