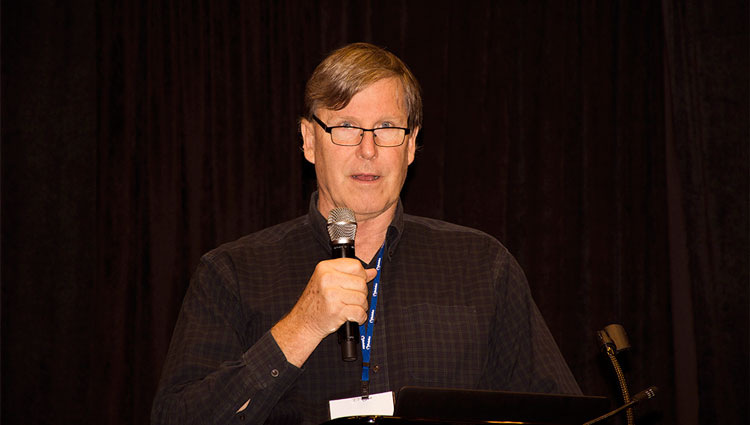 Dairies in the West aren’t just competing with each other for alfalfa hay but with dairies all over the world.

Just like milk, alfalfa exports have become a huge business — and nowhere is it bigger than in the West. At last week’s California Alfalfa and Forage Symposium in Reno, Nev., U.C. Davis alfalfa specialist Dan Putnam (pictured above) said he estimates that 4.75 percent of all U.S. alfalfa production in 2016 will be exported.

But in the seven Western states where most of those exports are grown — Arizona, California, Idaho, Nevada, Oregon, Utah, and Washington — he estimates the export share will be 15.3 percent, generating total sales of approximately $870 million.

Putnam thinks U.S. exports of all alfalfa and grass-type hays in 2016 will be about 13 percent higher than a year ago, driven by stronger foreign demand, weaker domestic demand, and relatively low U.S. prices despite continued strength of the dollar.

Who is buying U.S. alfalfa? The answer boils down to five extremely key customers: China/Hong Kong, Japan, Saudi Arabia, the United Arab Emirates, and South Korea. The entire rest of the world is sixth.

In just a decade, China has gone from buying virtually no U.S. alfalfa at all to buying roughly as much as the second, third, and fourth-biggest customers combined. “Many knowledgeable experts believe that the rapid growth of Chinese markets is not a flash-in-the-pan, but a demand that will be in place for decades to come,” Putnam pointed out.

While Japan is still number two, its demand for U.S. alfalfa exports is declining. However, demand in the two Middle Eastern nations, Saudi Arabia and the United Arab Emirates, is increasing as a result of policy decisions to stop growing alfalfa and conserve water supplies. South Korean demand is also on a strong upward trend.

“It is clear that Western hay exports are here to stay,” said Putnam, adding it is unlikely that exports will take over demand from domestic dairies, since the 12 states from Colorado to the Pacific account for nearly half of all U.S. milk production.