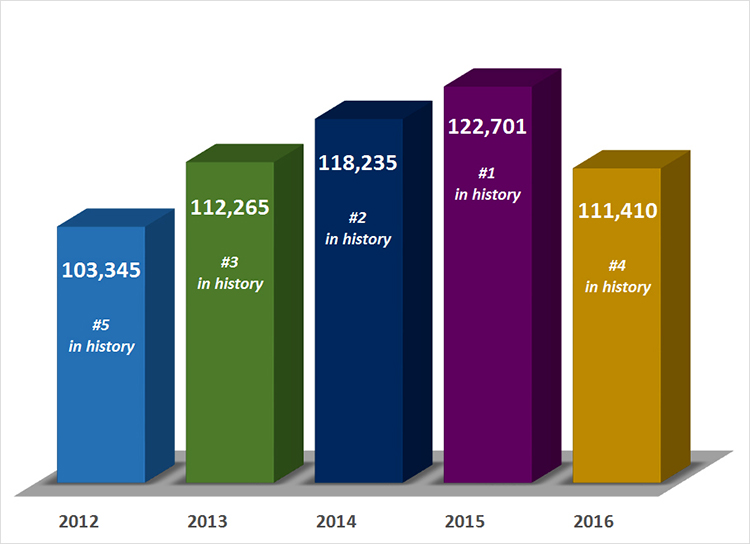 The 21st century has been extraordinarily good to the Jersey breed.

To say there has been a surge in appreciation for small brown cows is a huge understatement. In fact, according to annual registration totals reported by the American Jersey Cattle Association (AJCA), the breed’s popularity has never been greater.

One number from not so ancient history illustrates how incredibly far Jersey popularity and value to dairy farmers has come: The all-time low in registrations was 33,104 in 1973.

It’s a turnaround that has not been driven by sympathy, but by a “show me the money” attitude.

Three years after registrations bottomed out in 1973, a do-or-die push to save Jerseys from commercial extinction — Project Equity — was created in 1976. That effort ultimately encouraged processors to pay for everyone’s milk based upon the protein and other high value components it contained.

AJCA Executive Secretary and CEO Neal Smith has called it, “without question the greatest project ever undertaken by a breed organization on behalf of its members.”

The producer-funded idea grew slowly at first, but eventually led to multiple component pricing (MCP) that is used in nearly every Federal Milk Marketing Order today. As MCP adoption grew, so did Jerseys’ commercial competitiveness and producer popularity.