How seriously do you take calcium? 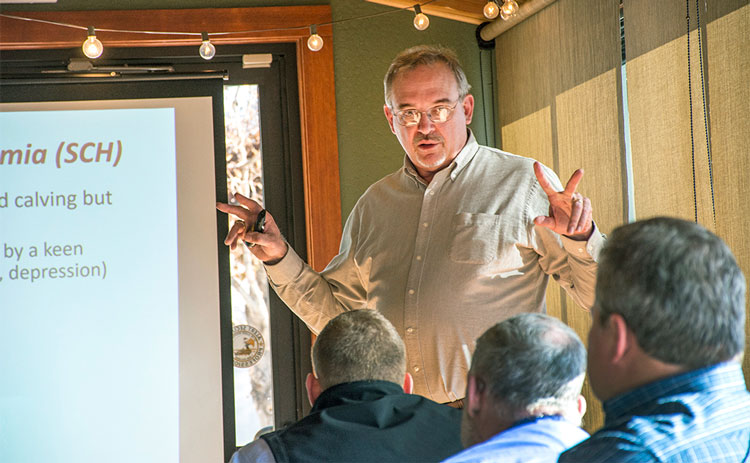 It’s an important question about an important topic that tends to be very underappreciated, says Garrett (Gary) Oetzel, D.V.M., a professor of food animal production medicine at the University of Wisconsin-Madison’s School of Veterinary Medicine.

He doesn’t mean just the massive metabolic calcium shortage that occurs at calving and the onset of lactation (clinical hypocalcemia or milk fever) that puts cows down and can be fatal if not treated quickly.

Oetzel says advances in feeding practices like low dietary cation-anion difference (DCAD) rations have slashed the incidence of clinicals to 2 to 3 percent at most dairies, and he works with herds that are under 1/2 percent.

Now the big problem that producers need to be aware of is subclinical hypocalcemia, which he estimates affects 60 percent of all second-plus lactation cows and has much more serious effects than they may realize.

Topping the list are greater risk of displaced abomasum and ketosis, depressed immune function that invites metritis, and lower feed intake and milk production — all of which work against affected cows having a very long future in the herd.

“You ought to respect hypocalcemia, you ought to be afraid of it, and you ought to do everything you can to minimize it,” Oetzel warns. “The thing we’ve kind of learned the hard way over the years is that cows don’t have to have clinical milk fever to be negatively affected by hypocalcemia.”

He is a big believer in oral calcium supplements to help cows cope with the “lactational osteoporosis” that is practically unavoidable after they calve, since it is impossible for rations alone to provide the approximately 300 percent jump in calcium fresh cows truly need.

In an ideal world, dairy managers could know with total certainty when a cow was 24 hours away from calving and could head off problems by giving oral supplements. But in the real world, calving is just a guess.

Oetzel likes giving at least one calcium bolus at calving and another the next day, but says three or four (each at least 8 hours apart) isn’t a bad idea at all. He suggests blanket treating all second-plus lactation cows, early milk fever cows, lame cows, and off-feed cows.