Extra milk should get fair-market price 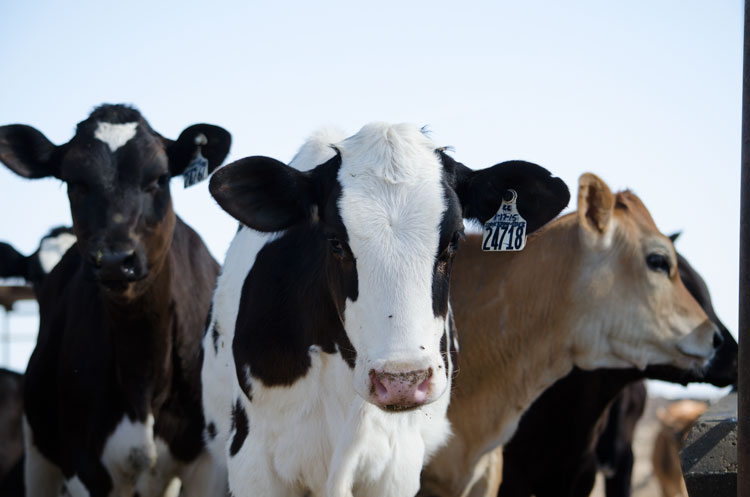 The Northeast is flush with milk.

That extra milk is putting pressure on the region’s fluid milk market that delivers higher returns to dairy farmers. In 2015, 34 percent of the region’s fluid milk went to Class I beverage milk. That number was down from the 40 percent level just four years earlier. And it’s likely that market share dropped even further in 2016.

In a seven-page letter, Dairy Farmers of America’s Elvin Hollon makes the case that the Northeast milk shed has 25 extra tankers of milk in any given day dating back to 2015. Not only does that number vary significantly from day-to-day, making it harder to balance milk supplies, that 25-tanker number will continue to grow, predicted Hollon.

To help alleviate the situation, the co-op filed a petition with the Northeast Federal Milk Marketing Agency to temporarily allow administrative interpretation of Section 1001.12 (b) (5) and (6) to be interpreted and applied for the period of April 1, 2017, until September 30, 2017.

What does that mean?

“The requested action would effectively allow handlers to partially ‘depool’ producer milk during a given month without incurring a penalty on when depooled milk could be returned to the marketplace,” wrote Erik Rasmussen, Northeast Order administrator, in a letter seeking public comment on the concept. Since that letter was penned on January 13, the comment period has been extended until March 10, 2017.

“Our request would allow a handler to pool, or not pool, all or any portion of a delivery to a nonpool plant in these months without losing the ability to pool the following month,” Hollon explained in his letter to Market Administrator Erik Rasmussen. Most importantly, the provision would “allow the handler the ability to pay for the milk delivered to the nonpool plant a return that reflects the value of the milk.”

In addition to extra milk, there have been unforeseen sales issues for dairy products. Regulatory problems have closed off the market for ultra-filtered milk shipments from the U.S. to Canada. Also, the yogurt boom, at least where Northeast milk is concerned, has waned to some degree as some processing has moved westward to Idaho.

In addition, the Southeast is filling more of its own fluid needs and that reduces the demand for Northeast milk. Plus, there is the issue of Michigan’s extra milk that is seeking a new home and has displaced some Northeast milk.

There are definitely benefits and concerns with the proposed plan.

If you are in the Northeast milk shed, this topic . . . and oversupplies of milk in general . . . deserves serious discussion.

To comment on this temporary provision, do so by March 10 by mailing a letter to: Market Administrator, Attention Peter Fredricks, 302A Washington Avenue Extension, Albany NY 12203 or email pfredricks@fedmilk1.com

While some people may have pause with DFA’s request, it’s often dairy co-ops and its farmer owners that become the balancing plants for fluid milk . . . not the independent producers and their proprietary plants. In the Northeast Order, 81.3 percent of milk in October 2016 was co-op milk with the largest 15 members accounting for 87 percent of that total, according to the January 2017 issue of The Milk Administrator’s Bulletin. Digging even deeper, the top four cooperatives accounted for 64 percent of all cooperative-pooled milk.