Will your bulk tank be big enough? 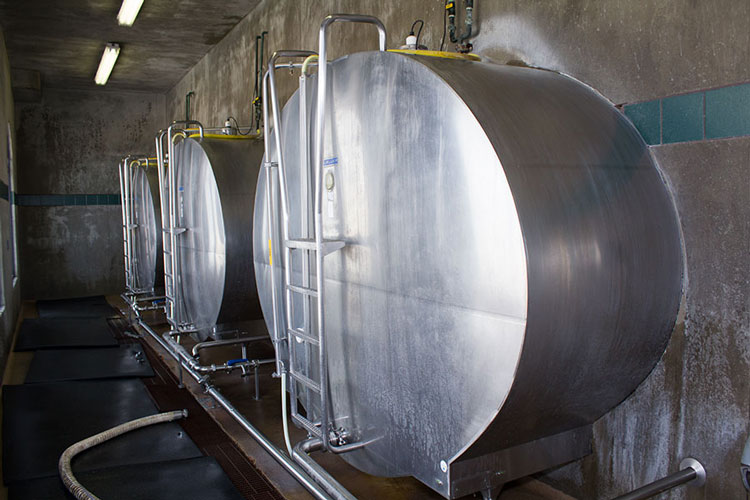 Here’s a question that looks simple but may be very hard to answer: Will your bulk tank be big enough in five, 10, or 20 years?

It’s also a question that applies to everything on the dairy.

If you haven’t thought about this before, you might want to get started. First, because time goes by quickly. Second, because long-running industry trends point to numbers that could sneak up on you in a hurry.

Do you see what’s happening – and how quickly? Dairy herds are growing all the time, cows are becoming more productive all the time, and the result is total pounds of milk per farm is snowballing fast.

The table below shows how big that snowball could get.

Average growth in U.S. milk production per cow has been remarkably steady for the last decade: 282 pounds per year, which is the figure used in the projection table below.

Herd size growth is more complicated. The average gain has been 7.6 cows per year for the last decade, but it’s a figure that gets bigger each year as herd size goes up. On a percentage basis, growth has averaged 4.35 percent per year, which is what is used in the table.

Unless those two well-established trends change significantly, here is roughly what the average U.S. dairy will look like in the years ahead: 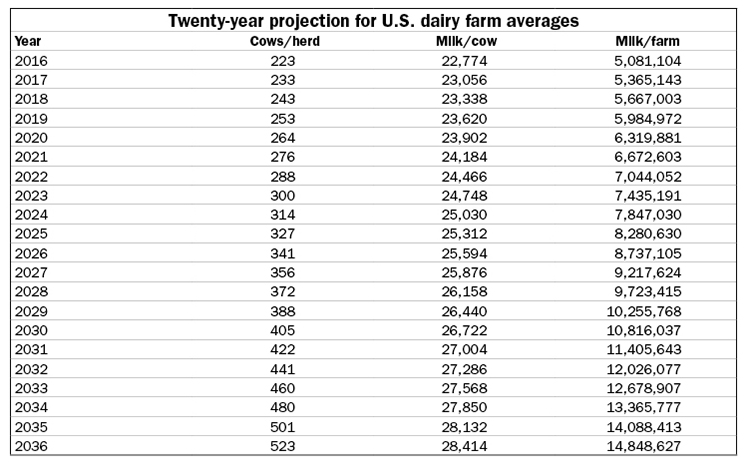 Will you be ready for a farm that big?

Of course, not everyone who decides to stay in business that long will get to 500 cows. Some simply won’t want to. Others won’t be willing to take on the debt that is needed. Some won’t have enough land for forage production or nutrient disposal. Some won’t be able to find enough employees . . . or want to manage them.

Those who do grow will have to expand or improve every equipment, facility, and management aspect of the farm, because a dairy milking 500 cows is a much different beast than one milking 200.

Will you share your story? It’s a DEAL!
By Dennis Halladay, Western Editor