The talk at Tulare, California 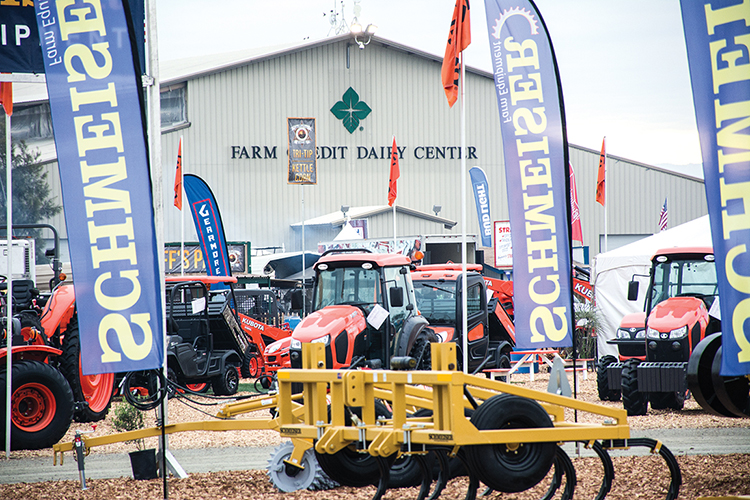 If there’s a better place to take the pulse of Western dairying at the beginning of each year than World Ag Expo in Tulare, Calif., after 40-plus years, I haven’t found it yet.

This year’s diagnosis, based upon producers, exhibitors, and co-op personnel I talked to February 13 to 15, is frustration. And frustration is sky high because milk prices are way down.

I say “frustration” because no one thought prices have been low enough long enough to cause panic yet. Yes they are bad, but not like 2009 bad. And prices were so-so in 2017 as a whole. While it is still early, the outlook for the next 10 months is not encouraging.

Things are gloomy, though, in California, where blend prices are around $13.50 per hundredweight, and even the most optimistic breakeven guesstimates I got were in the $15 range. Personally, I think it’s more like $16.

Everyone agreed that the closing of a small, old processing plant by the state’s largest co-op, at least partly due to three years of falling milk production in the state, will not be the last. There is simply nowhere near enough milk to keep every plant in the state full. In fact, I was told that modest premiums are being paid. How about that?

More than milk prices
California’s water picture has changed again, too. The five-year drought that ended in a big way in 2017 may not have been an end but an intermission. Partly to mostly refilled reservoirs are about the only good news right now.

Almonds, walnuts, and pistachios are still the big farming news in the San Joaquin Valley. Baby trees seem to be everywhere, and the appetite for more ground to plant them is voracious. There was plenty of chatter in the Expo dairy area about an extreme example of this: an 8,000-cow dairy is being demolished to make room for trees.

Robots continued to dominate most milking equipment displays. Company representatives said they are not a trend anymore, but at a co-baseline. Remember a decade ago when the parlor decision was simply parallel versus rotary? Now it’s hand-attachment versus robotic.

Finally, a longtime and very well-informed industry leader told me he expects a decision soon from USDA about what California producers will vote on for a federal milk marketing order (FMMO), perhaps as early as this summer. It’s just his opinion, so we’ll have to wait and see if he’s right.

And on that topic, here is what I expect: The milk price situation that gave rise to producer anger and the push to join the FMMO system in the first place is bad again. I see no reason why it will change much by the time producers have ballots to cast, so I expect it will pass.