Welfare is different for each animal 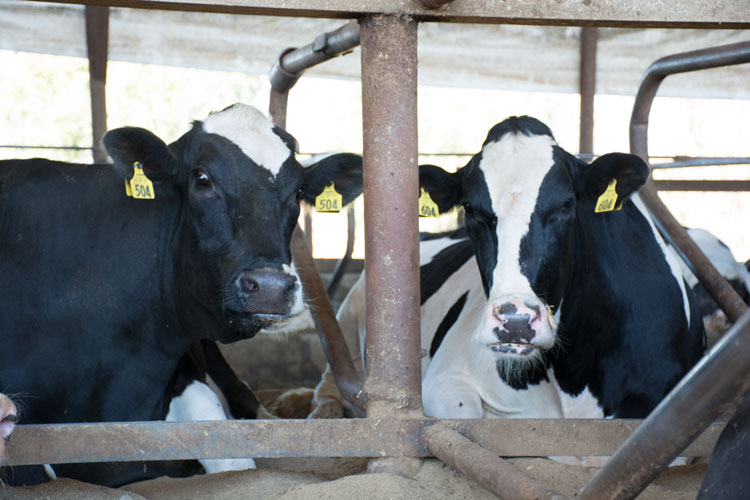 When it comes to animal welfare, the easiest metrics to measure are health related . . . but welfare goes beyond the body. It can also vary from animal to animal.

Jennifer Van Os, an assistant professor and extension specialist in animal welfare, covered this topic at the Vita Plus Calf Summit held in Green Bay, Wis., late last month. She is a recent addition to the Dairy Science Department at the University of Wisconsin-Madison.

“Welfare is the state of an individual animal,” Van Os said. “Animal welfare can range on a continuum from having poor welfare to having good welfare.”

She explained that welfare is an understanding of the animal from a species-specific, biological perspective. Van Os pointed to three categories that are studied in animal welfare science:

Body — This includes aspects of an animal’s biological function; is it healthy and thriving? Van Os said this includes production (nutrition, growth, productivity, and reproduction) and health (illness, injury, body condition score, hygiene, and so forth). She highlighted the importance of animal health when it comes to welfare.

“Health is something, when we’ve done social science research, that producers prioritize. Vets prioritize it, and the general public does as well,” she said.

Mind — This category has to do with the animal’s psychological experience and what it is feeling. Van Os pointed out that animals should have a minimum of negative experiences, including pain, fear, frustration, boredom, and hunger. “They should also have the opportunity to experience positive emotions, like contentment or pleasure,” she noted.

Nature — The third category is labeled as nature, and this considers an animal’s ability to live a life that is reasonably “natural” given the species evolutionary development.

“Oftentimes, we look at how much time animals are engaging in so called natural behaviors,” Van Os said. She explained that for adult cows, this could be lying time. Scientists are also looking for abnormal behaviors, such as cross suckling in calves.

“It’s not just about what looks nice, but understanding what is important to that species,” she said. It’s also worthwhile to note that what works for one animal may not be ideal for another.

“Welfare is at the individual animal level,” Van Os reiterated. “Different individuals will respond differently to the same environments and same management.”