He sees a robot-filled dairy future 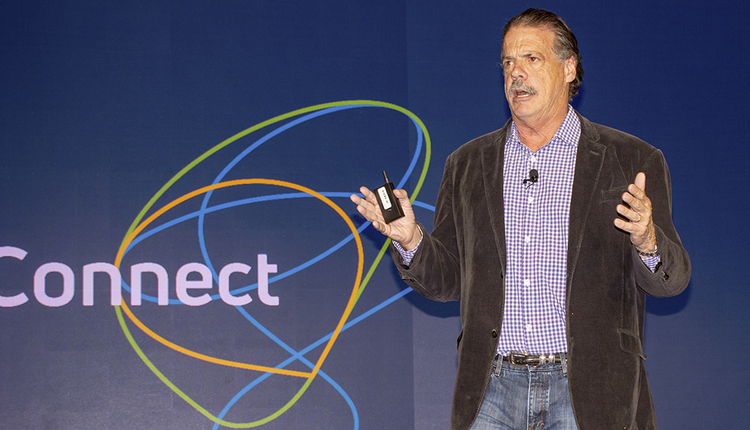 The veterinarian who started a cooperative, partners with Coca-Cola in a hit milk product, and operates perhaps the biggest agritourism site in the U.S., sees a dairy future filled with milking robots. Lots of them.

Disagree if you want, but the visionary track record of Mike McCloskey (seen above) is pretty impressive.

He started Select Milk Producers with the premise and slogan of “setting a higher standard.” He also co-founded Fairlife LLC with Coca-Cola, and operates the 15,000-cow Fair Oaks Farms Dairy Adventure in Indiana.

McCloskey was a kickoff speaker at the recent and very unique Connect 2018 dairy technology summit in Colorado, which brought big-herd, early adopting, go-getting producers together with dairy technology companies to explore the possibilities of an industry future that uses next generation tools like big data, biotechnology, machine learning, and epigenetics.

As progressive and successful as the dairy industry has been adopting technology in the past, the summit was a reminder of how incredibly much more there is to learn.

McCloskey’s most confident prediction — the near future, at that — is robotic milking. Even for five-figure size herds like his.

He said robot adoption by big herds will begin at existing facilities in modules of 800 cows at a time, like he is doing now. Such an approach, he pointed out, can be replicated and scaled up to as many as 12,000 head with current equipment and technology.

As new dairies are built from scratch, however, he thinks the decision of what kind of milking approach to take will be obvious.

“I would dare say that in 10 years in this country I think it would be very hard for a dairyman to build a dairy that would not milk robotically,” he said. “Ten years from now I really don’t see anyone not using this technology as they continue to grow their farms.”