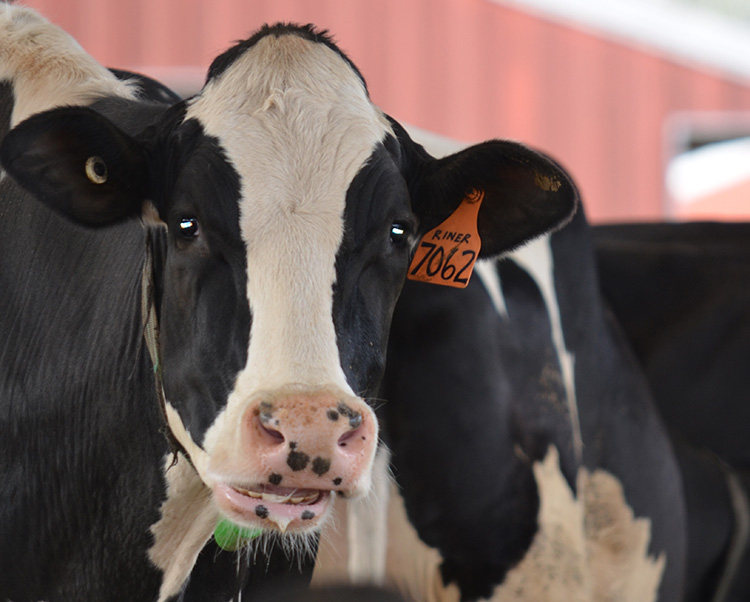 U.S. dairies have made huge progress in improving milk quality — average somatic cell count (SCC) by DHIA herds in 2017 was 197,000, according to the Council on Dairy Cattle Breeding. Even so, mastitis remains a constant issue for every farm, and perhaps none more so than mastitis caused by coliform bacteria.

Recently released nationwide, National Animal Health Monitoring System’s (NAHMS) Dairy 2014 study showed that 99.7 percent of all herds in the country have at least one clinical case of mastitis per year, and 24.8 percent of all cows have a clinical episode. 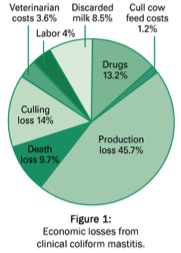 According to information provided by Hoard’s Dairyman readers in its long-running Continuing Market Study, up to half of all mastitis infections are due to coliforms. Other research has found that while coliforms are typically responsible for less than 5 percent of a herd’s total number of infected quarters, the share of clinical cases caused by coliforms is much higher.

Roughly half of all coliform mastitis cases occur in early lactation, often among older cows, which are usually a herd’s highest producers. Any dip at the start of a lactation curve, of course, reduces total production for the entire lactation, thus extending the financial loss to farms.

But perhaps overlooked in the cost of clinical coliform mastitis, which is estimated at $444 for a single case according to a 2015 article in the scientific journal Preventive Veterinary Medicine (see pie chart), is how many cows simply die.

According to the Dairy 2014 study, 3.2 percent of all cows with clinical mastitis die at the farm. Another 24.0 percent are sold or removed from the herd. Cull cows generate some income, but dead cows generate none.