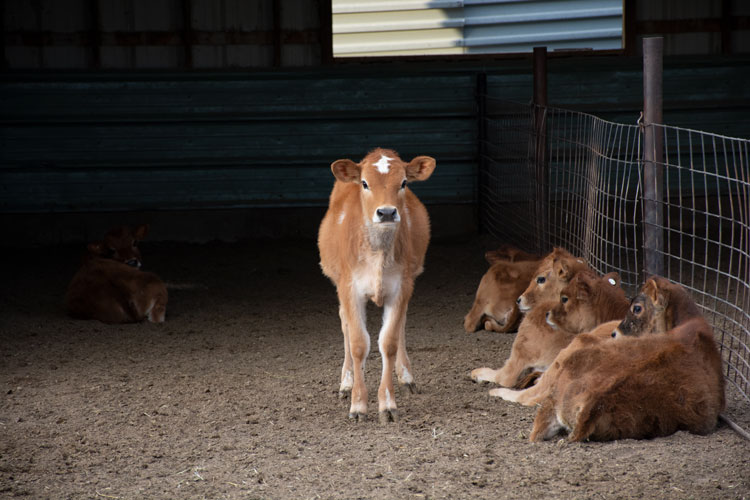 The transition period after weaning can be one of the most stressful times in a heifer’s life. When asked what pitfall he sees most often in young stock rearing and housing, Bob James quickly pointed to the transition heifer.

James retired two years ago from Virginia Tech University where he was a dairy science professor, and now he works as a consultant for Down Home Heifer Solutions. He presented “What’s special about feeding Jersey heifers?” as part of a webinar series coordinated by the American Jersey Cattle Association and National All Jersey Inc.

For any breed, James said transition heifers can be an area of concern. With the growing popularity of feeding higher levels of milk to calves, weaning can be more abrupt if there isn’t a step-down period. He suggested reducing to once-a-day milk feeding for a period of time, or if using autofeeders, gradually reducing the level of milk. By taking those steps, “We make that transition a whole lot easier,” he said.

James also recommended feeding high-quality calf starter and staying with it until the calf has transitioned well. “This is expensive feed, and I see people trying to shift calves too quickly to some cheaper feed,” James said, “but don’t try to economize too quickly.”

He also said to make sure to have enough bunk space for all calves in the pen. Facilities with good ventilation, plenty of resting space, and dry bedding also help calves transition through the recently weaned period.

Monitor growth
As heifers get older, James said to find a way to monitor body weight and body condition score and adjust diets based upon this information. He pointed out that Jersey heifers have a tendency to put on weight faster than some other breeds and could become “chunky” around 9 or 10 months of age. Some low energy forage may need to be added to the ration if that is the case.

He also encouraged Jersey breeders to take advantage of the breed’s ability to mature sooner. “Aim for 22 months at first calving,” he said. “Jersey heifers should be fed and bred to calve at an earlier age than Holsteins to capture this genetic advantage.”