By Gerald R. Anderson
The author operates a dairy farm near Brainerd, Minn. 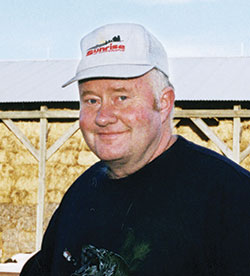 Gerald Anderson
On December 22, 2017, President Trump signed the Tax Cuts and Jobs Act into law. This historic act is the single biggest change in tax law in over 40 years. The vast majority of the law becomes effective in tax year 2018, so those of us in the dairy industry will see gigantic changes coming up.

When Republican lawmakers were working on this legislation, the major goal was tax simplification and a reduction in income taxes. Much of this was indeed accomplished for corporations, including removal of the corporate alternate minimum tax. For individuals, however, the overall goal of tax simplification did not materialize.

Originally, lawmakers wanted to get rid of the alternate minimum tax for individuals, too. It was a once-in-a-lifetime chance to finally ditch that cumbersome tax. Upon review of what it would do to the treasury, lawmakers decided to leave it in, and so it remains, but with the exemption phase-out zones starting at much higher levels. That, along with a slew of other complicated rules, promises to keep tax professionals busy for years.

Despite losing out on simplification, lawmakers met some of the goals they were seeking. This includes giving businesses, such as dairies, a new tax credit, which helps reduce the overall tax burden.

Many of the individual tax provisions in the new law are temporary. They expire after 2025 and will revert back automatically to the rules of 2017, unless extended by another Congress. There was talk late in the year about making the provisions permanent, but it didn’t happen, unlike the corporate tax changes, which are permanent.

Here is an overview of some of the major changes you should be aware of. For starters, the standard deduction nearly doubled to $24,000 for couples and $12,000 for singles. If you are 65 or older, you get an additional $1,300 per person. With a large standard deduction like this, many people will no longer itemize.

Other popular deductions such as home mortgage interest and state and local taxes have been reduced. Property taxes on farm business property are still fully deductible.

A whole cluster of other deductions has been eliminated including employee business expenses and personal casualty losses (unless the loss is related to a presidentially declared disaster area). Losing the personal casualty loss deduction is a big hit to anyone involved in a fire, tornado, or events like that. Lawmakers would like to change this, but so far there hasn’t been an opportunity.

One piece of good news is that tax rates on long-term capital gains and qualified dividends do not change. If you are forced to exit dairy farming, the rates are favorable compared to years ago. Taxpayers under $77,200 for joint returns have a 0 percent rate.

Obamacare is still around, and there are some new tax issues that affect individuals. If you are married and your modified adjusted gross income is over $250,000, the 3.5 percent net investment income tax will still engage at these levels. It remains from the old tax law.

On the other hand, the individual mandate requiring you to pay a penalty if you do not have health insurance or qualify for an exemption has been repealed for years after 2018. Technically the payment still remains in effect, but due to changes in the tax law, the payment for failing to maintain minimum essential coverage for individuals (also known as the individual mandate) can never exceed $0 after 2018. So, in reality, it is gone starting in 2019.

The impact on dairy

There are a ton of changes to business tax laws that affect dairies. For example, if you provided family or medical leave to workers, there is a new credit generally equal to 12.5 percent of the annual wages paid during the period of leave. This sounds like a nice credit. Unfortunately, the credit is only available for tax years 2018 and 2019, which is too bad because the credit rewarded progressive employers.

Under the new law, if you have a net operating loss, for the most part you will no longer be able to carry the loss back to previous years. Carrybacks are generally prohibited, but the five-year carryback rule for farming losses was modified by reducing it to a two-year carryback. In addition, net operating losses can now only offset 80 percent of taxable income. Carryforwards are now allowed indefinitely and are no longer subject to the 20-year limitation.

Other deductions, such as the 9 percent domestic production activities deduction, have been eliminated. And interest on business debt is now limited. Write-offs will be capped at 30 percent of adjusted taxable income. The disallowed interest can be carried forward. The good news, however, is that firms with $25 million or less in gross receipts are exempt from this.

Depreciation is another area that has been beefed up under the new law. One hundred percent bonus depreciation is now available for many assets put into use during the year. The deduction applies to assets put in service after September 27, 2017, but it is temporary. Like many, it will only last until 2022 and then phase out 20 percent each year thereafter.

For those farms that are interested in expensing, there is now a higher cap of $1 million. More property is also eligible for first-year depreciation or expensing. The depreciation life of new farm equipment and property has been shortened.

The most exciting tax change for business owners is the new Section 199A 20 percent qualified business income deduction. This will reduce income tax for all individuals with business activity in sole proprietorships, and flow through entities, including partnerships, S corporations, and LLCs (limited liability companies).

In general, you can deduct 20 percent of your qualified business income (QBI). There are a lot of restrictions concerning this new deduction, which makes the calculation of the credit very complex in some cases where your income is too high.

The goal of this deduction was to reduce the tax rate on QBI of noncorporate taxpayers to a rate that is closer to the new corporate tax rate. The deduction reduces taxable income, but not self-employment tax.

To get this deduction, K-1s from S corporations and LLCs have to be filled out correctly with special required disclosers, or you could lose thousands of dollars in potential deductions. Check the K-1s over for errors and, if necessary, try to get the preparers of the K-1s to amend the returns completely with the correct information.

C corporations, sometimes called regular corporations, will not qualify for this deduction in any circumstances, but there is other good news for them. Yes, C corporations will now pay a flat rate of just 21 percent. This is down from the top rate of 35 percent, and the lower rate is permanent. It begins in 2018.

Due to the vast amount of changes in tax law, most tax preparation professionals are planning on raising their rates by 20 percent or more. Don’t be surprised when you are billed this year.

Reproductive success is a daily effort
Features
Related to:
features, economics
In Features

Cut back on show season stressors
By Gerald R. Anderson 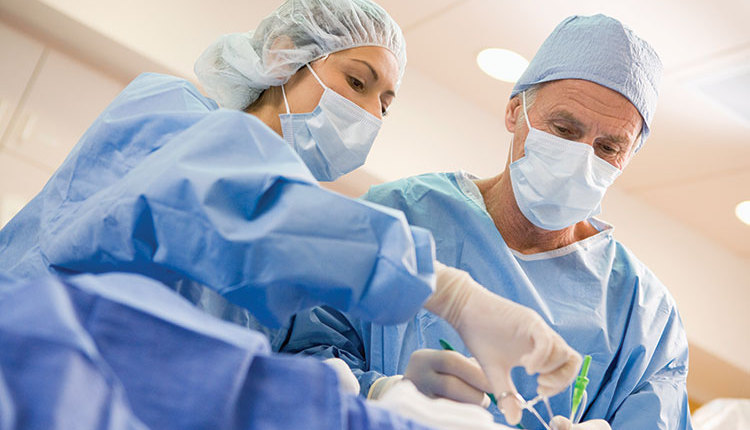