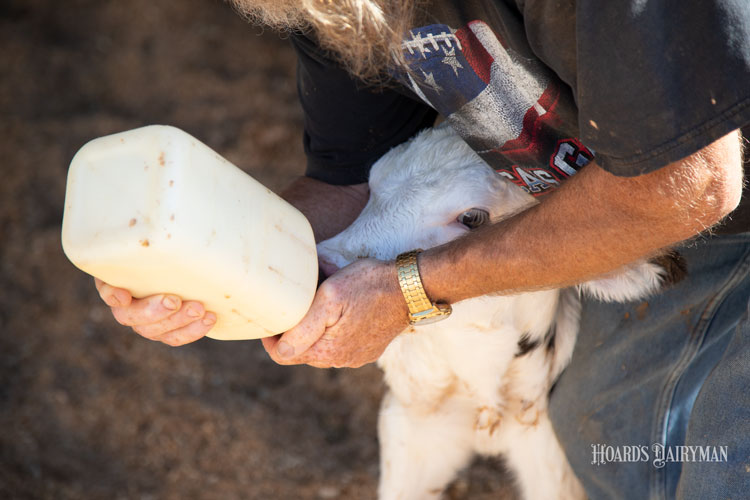 “A calf is a ball at the top of a hill. Depending how you manage that calf, how you feed that calf and what happens to that calf, will affect its future direction,” said Michael Steele from the University of Guelph. Steele talked about early calf development during his presentation at the Dairy Calf and Heifer Association’s annual conference in Madison, Wis.

“If a calf gets sick, we could direct it to a negative area, and there’s no going back,” Steele continued. “In biology, we call this developmental plasticity, which is greatest both prenatal and postnatal the first 2 to 6 months of life. You can really change these animals for a very long time.”

Feeding colostrum is a key practice that can set a calf up for success or failure from the start. Steele said the number one question he receives in respect to colostrum is whether it should be fed with a bottle or an esophageal tube.

To see if method of delivery made a difference, Steele and his team studied calves fed a large volume (close to 1 gallon) of a dried colostrum product using either a bottle or an esophageal tube. What they found was that there was no difference in passive transfer of IgG (immunoglobulin G) between these calves. There was also no difference in the hormones released by the gut of calves in either group.

With this data in mind, Steele does not find one feeding method to be preferable over another. Instead, he recommended using whatever method allowed calves to be fed the soonest. “Just get the colostrum into calves immediately,” he said for the most benefit.