By Tom Bailey
The author is based in Chicago. He is one of the 10 dairy analysts on the RaboResearch Food & Agribusiness team who monitor and analyze events and trends that impact the sector worldwide for Rabo AgriFinance and Rabobank clients. 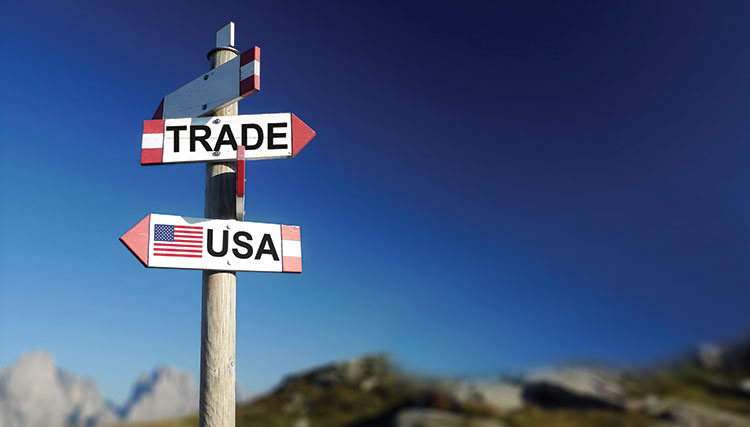 The final milk production tallies for the fourth quarter of 2018 are complete. Based on what we anticipate is coming through 2020, Rabobank expects more challenges for U.S. dairy.

Collections from the Big 7 global dairy regions screeched to a standstill, growing by a meager 0.1 percent year over year. Farm gate milk prices were unable to mitigate or fully cover expensive inputs. Feeling the margin squeeze, dairy farmers around the world avoided a significant output boost in key exporting regions.

U.S. milk flows struggled to match historic averages, with growth at just 1 percent for the year. At the time of writing, the EU announced that production volumes showed continued contraction when compared to year-over-year totals. Tumbling milk collections in Australia are set for double-digit declines for the season.

Yet a diverging theme is apparent for other parts of the Southern Hemisphere. Brazilian milk supply has grown despite modestly rising production costs, while New Zealand posted stronger-than-expected milk production growth in January. However, higher-than-normal temperatures in February made for a nice finish to summer for ocean-side beachgoers in New Zealand, but that same heat stressed cattle, stalling the country’s supply growth. 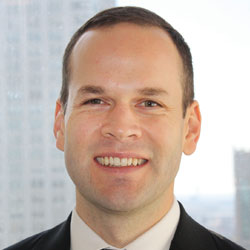 Tom Bailey
Dairy analyst on the RaboResearch
Food & Agribusiness team
A challenging milk production environment is set to continue through the first half of 2019. Lingering weather impacts on feed quality and quantity will continue to play out for the EU, Australia, and now New Zealand for the closing months of the 2018 to 2019 growing season. As for the first quarter, collections for the Big 7 global dairy regions show a small decline in year-over-year milk production growth. This is the first time this has happened since 2016. In addition, production in the second quarter of 2019 also looks set to end in negative territory.

The lower-than-expected milk supply brought nervous buyers back into the market in droves, and international prices during the first quarter rocketed up. The New Zealand global dairy trade auction saw prices climb 18 percent from December 2018 to March 2019, while whole milk powder (WMP), in particular, enjoyed a 25 percent lift over the same period. The lid has lifted on skim milk powder (SMP) pricing, particularly of Oceania-origin, as European intervention stocks were depleted much sooner than anticipated. However, commodity prices in the U.S. have yet to realize the full price rally experienced elsewhere, with SMP/NFDM (nonfat dry milk) well below other international prices.

After a strong start to the year in terms of demand growth, a healthy dose of uncertainty remains for the remainder of the year. The geopolitical landscape casts ominous clouds over the global economy and threatens to weaken demand for dairy products in developing markets and U.S. exports. Chaos reigns over Brexit, a U.S. government shutdown stalled U.S. growth in the first quarter, and trade war tremors continue to reverberate across continents.

U.S. tariffs remain firmly in place as do retaliatory tariffs on U.S. products. This has already cost U.S. dairy exporters substantial loss of market in Mexico as EU players won big on recent tenders that historically were a shoo-in for U.S. companies. Meanwhile, any trade deal between the U.S. and China continues to be pushed further out into the year as details are yet to be fleshed out.

Telltale signs of economic concerns are reflected by the Federal Reserve reverting to a “dovish” tone on interest rates, indicating they are unlikely to follow previous plans for multiple rate hikes. This is aligned with Rabobank’s view that there will likely be a U.S. recession in the second half of 2020.

More specifically for dairy, U.S. retail sales are wobbling along, and the demand outlook appears weak. Retail prices are set to rise, and food service demand growth has slowed, according to the Bureau of Labor Statistics. Economic challenges in South America continue to impact consumption, while retail sales in Australia remain patchy. U.S. food service demand, however, remains steady, as well as modest EU consumption growth forecast for 2019.

For the time being, significant pressure remains on net exportable surplus available from key exporting markets, like the U.S. and New Zealand, for the second quarter of 2019. Volumes for export will remain tight across the remainder of 2019, with production set to modestly improve into 2020.

Assuming macroeconomic fundamentals do not significantly weaken further in 2019, current settings will underpin elevated milk prices for the first half of 2019. However, clear risks remain firmly skewed to the downside across the more distant horizon. Milk supply growth is expected to return, combined with a weaker economy, leaving excess milk on the table for the market to absorb. Lastly, important to watch is African Swine Fever (ASF), China faces significant losses of their hog herd due to (ASF), creating downside risk to whey pricing through the next 18 months.”

The “Roaring Twenties” could be here again
comments powered by Disqus