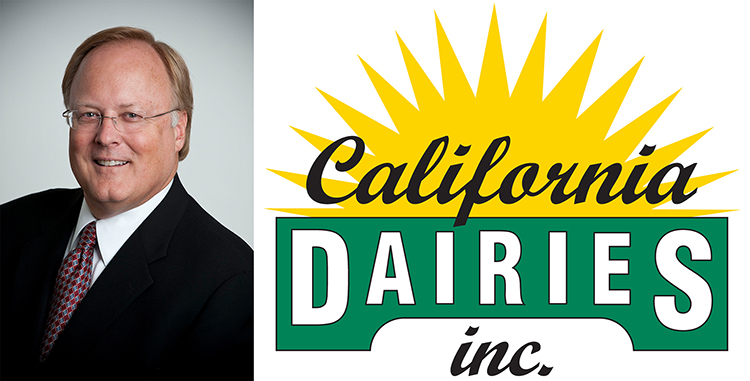 The country’s second-largest dairy cooperative is looking for a new CEO.

Andrei Mikhalevsky, president and chief executive officer of California Dairies Inc. (CDI) since 2012, has announced he will retire December 31, 2019.

A three-sentence press release issued by the Visalia-based co-op gave no details other than, “The CDI Board of Directors has initiated a search to identify candidates as his successor.”

CDI has been the second-largest dairy co-op in the U.S., behind Dairy Farmers of America, ever since it was formed in the 1999 merger of California Milk Producers, Danish Creamery, and San Joaquin Valley Dairymen.

Prior to joining CDI, Mikhalevsky had been managing director of global ingredients and food services for five years at Auckland, New Zealand-based Fonterra Cooperative Group Ltd., the world's largest dairy exporter. His primary responsibility there was to develop and build global customer partnerships.

Like virtually everywhere else, California’s dairy landscape has changed significantly since 2011. As of 2018, statewide cow numbers were down 1.8 percent, total milk production was down 4.8 percent, and dairy farm numbers were down 20.3 percent. CDI’s total member milk production in 2017 (latest figures available) was 3.7 percent less than in 2011.