Fires 10 times the size of those in the Amazon and California have devastated Australia — including its dynamic dairy industry.

By Dianna Malcom
The author is a former co-owner of Bluechip Genetics, Shepparton, Australia. 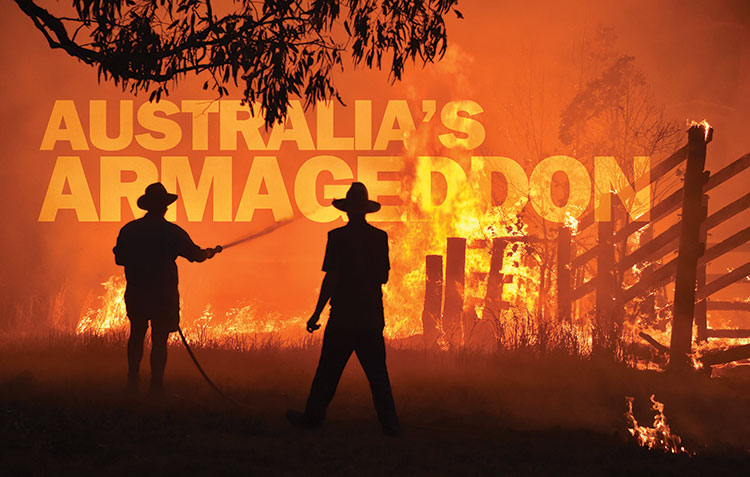 Much of Australia is now in a state of “Armageddon” — with many dairy farmers struggling to deal with what is left of their farms.

Living in Australia means the threat of bushfires rides on your shoulder all summer. And by “fire,” I am talking about a threat of potentially biblical proportions. That danger becomes very real when you have more animals than the ability to evacuate them in a country with severe water restrictions.

In February 2014, one of those fires came within 3 kilometers (1.8 miles) of our farm in northern Victoria. Fanned by high winds, the heat soared to 125.6°F that day. With dry summer conditions and a lack of affordable water to keep pasture green all around us, we were sitting ducks.

The smoke stopped the sun from breaking through, softening some of the direct heat, but the air was hot and heavy. The wind was high. The feeling was ominous.

The effect was as though we were breathing inside an oven as we fed newborn calves some electrolytes at midday to keep them hydrated. We milked early in case the power went out. We watched the smoke and fire move. My husband told me to watch the flags at the gateway of our property and to keep feeding the calves. He said if they didn’t change direction, we’d be okay. If they did, he reassured me we had a plan.

It wasn’t our day to look that fire in the face.

No description for “fire” has resonated more with me since. Fires of this magnitude have a radiant heat that can kill 200 meters in front of the flames. The heat travels so fast that outrunning it is impossible. Visibility is lost. The Black Saturday fire was Australia’s deadliest in terms of human lives lost.

However, this year Australia has redefined what a fire is truly capable of. The January 2020 fires swept through major dairy areas along the New South Wales’ South Coast and East Gippsland in Victoria. Tasmania and South Australia are also burning.

Large chunks of Australia’s farming territory have been impacted. Bushfire-affected regions now account for about one-third of the country’s milk output, according to Dairy Australia. Even before the fires, Colin Packham of Reuters reported that Australia’s milk production was set to fall to a 22-year low due to drought.

These January fires have undoubtedly added insult to injury.

State of the nation

At the time of printing, more than 6 million hectares (15 million acres) had been burnt. To give some perspective of size, this is 10 times the size of the Amazon and Californian fires in 2018. At least 26 people had died (including well-known dairyman Patrick Salway and his father, Robert). More than 3,000 homes were destroyed, and more than a billion animals perished.

Thousands of dairy and beef cattle, sheep, and horses died, and hundreds more had to be euthanized. Vets and wildlife sanctuaries were being inundated with critically injured wildlife, whose habitat and food source had also been destroyed. If by miracle they survived the fire, there was nothing for them to eat.

Similarly, there was no feed for farm animals, because bale after bale of hay and silage had also burned. Many animals aborted pregnancies. Power outages came with their own set of challenges for lactating herds.

People have described the wild winds unleashed by the fires as having their own “primal roar.” They say the bigger the fire, the more deafening its “orchestra of destruction.”

The fires were moving so rapidly, and with such ferocity, that witnesses recounted seeing them burning the gases above tall eucalyptus trees while leaving some trees below untouched.

One dairy farmer was burned but survived by jumping into a concrete water tank. Another survivor built himself a fire-retardant enclosure the size of a coffin. He spent half an hour inside while fire raged all around him. As he was engulfed in its orange light, all he could do was wait for it to pass. Thankfully, he also lived to tell his terrifying tale.

Dairyman Rocky Allen documented what his New South Wales family went through in a way that made the experience very real for his Snapchat friends. As with many, Rocky’s innate sense of community was the resounding message.

Thousands of people on social media watched the heartbreaking vision of kangaroos and slower-moving koalas desperately trying to find shelter and water. The threat of extinction for these iconic Australian animals is real.

With hay donations now flooding in from other areas throughout the country, inevitable stories of resilience are coming through. People have drawn together to face the tough decisions in a way that makes taking another step during the long, shocking days just a tiny bit easier.

The firefighters have been the true heroes and heroines. Many have been out defending the homes of strangers while their own homes burned down.

Celebrities have been quick to reach deep. Australian stars including Kylie Minogue, Chris Hemsworth, Margot Robbie, and Nicole Kidman are among a number of celebrities donating millions of dollars. Australia’s biggest dairy farming family, the Perichs who milk 12,000 dairy cows, has donated AU$1 million to the cause, too.

Tony Perich told the Macarthur Chronicle’s Daniel McGookin that the farming industry was suffering as much as anyone and needed a cash injection to swiftly get back on its feet.

“The biggest thing is they have no fencing, they have no sheds, and their equipment is burnt,” Mr. Perich said. “They need money very quickly to replace these things. That is why we are looking to help because we have many other businesses, we can afford to do this, and we are very proud to do so.”

Thank you to the rest of the world for caring.

For anyone interested in helping, one of the easiest ways is to visit the towns affected, after the fires have receded, and to spend money in those local communities.

For a list of other ways to donate, visit on.hoards.com/AustraliaFiresHelp. 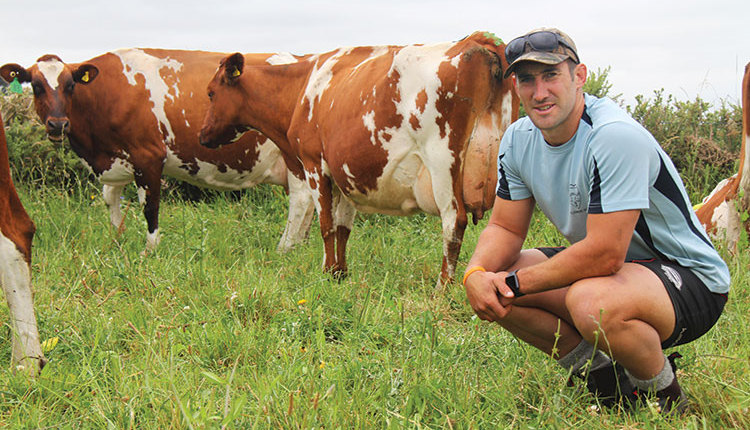 Features
Returning to their grass roots
comments powered by Disqus