When your seed dealer speaks — listen 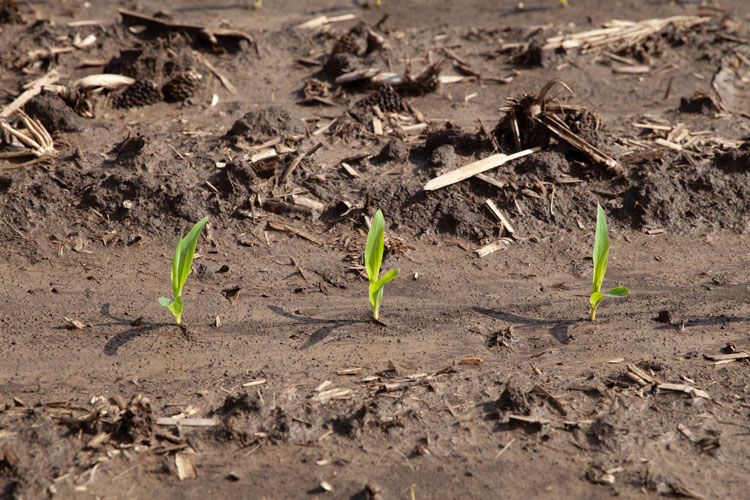 During the 1990s when Miner Institute was just starting to plant brown midrib (BMR) corn, the seed company representative selling these silage-only hybrids advised us to plant them only on our best cropland — fields with high fertility and good moisture-holding capacity.

That was good advice then and still is, confirmed by the results (on other farms, thankfully!) of planting BMR on low organic matter, sandy soils. A seed company representative can be a reliable source of information on the hybrids his/her company sells, especially newer releases that haven’t yet been tested in university silage trials. This is particularly true for BMR corn hybrids, which often aren’t included in university testing programs.

Lodging became a problem
A few years ago, we were having lodging problems with one of the BMR hybrids we were planting. This was of concern because even though some claim that BMR has standability “issues,” this hadn’t previously been a problem in our fields. We mentioned this to the seed company representative, and when he learned that we were aiming for a plant population of 34,000 per acre, he recommended that we reduce population of this hybrid to about 32,000.

We did so, and since then our BMR silage yields have continued to be very good and have had no standability problems.

Seed dealers and district sales representatives have the opportunity to observe their company’s corn hybrids in side-by-side trials, also in their customers’ fields under a variety of soil types, planting dates, and plant populations. Plant breeders evaluate their hybrids for characteristics that aren’t included in the seed catalog, so if you’re looking for a particular bit of information . . . resistance to a particular disease, for instance . . . that’s not in the catalog, you can often get it by asking your dealer.

Many years ago, our seed dealer prevented a problem by advising us where we should (and shouldn’t) plant BMR corn, and years later a seed company representative solved a problem by recommending that we reduce our plant population of a BMR hybrid. We're glad we listened.

Make the most of this year's corn silage
2022 Webinar Archives
Related to:
Intel, crops
In Hoard's Dairyman Intel

Features
There are cannibals in your cornfield
-
comments powered by Disqus