A quick word on the coronavirus and dairy Coronavirus (COVID-19) is a brown smear on the carpet of dairy demand. It might be mud, or it might be the other stuff often found in cow yards and cattle barns. Either way, it’s not good, but one is clearly better than the other.

When we work through the numbers based on the likely COVID-19 impact to the Gross Domestic Product or GDP, it would suggest a 3% to 10% drop in dairy prices (basis Oceania) over the next 12 months compared to what they would have been without the virus. Based on plugging in different consumption declines for China in the first half of 2020, I’m coming out with price reductions in the 4% to 9% range.

These price impacts are for the average price over the next 12 months. Expect a larger drop upfront with much less impact 12 months down the road. So, if we’re expecting prices to decline about 4% (best case scenario), it wouldn’t be surprising to see them down about 8% in the early part of the year.

So far, New Zealand’s Global Dairy Trade (GDT) is down about 8% since COVID-19 fears took root.

It is interesting to note that the volume of dairy products purchased on GDT by the North Asia region (which is mostly China) hasn’t dropped off significantly. It is falling seasonally, but at roughly the same pace as last year. Of course, we don’t know what is happening with Chinese purchases off the platform. We don’t know if the GDT volume means anything or not, we’re just surprised it hasn’t dropped off by more. 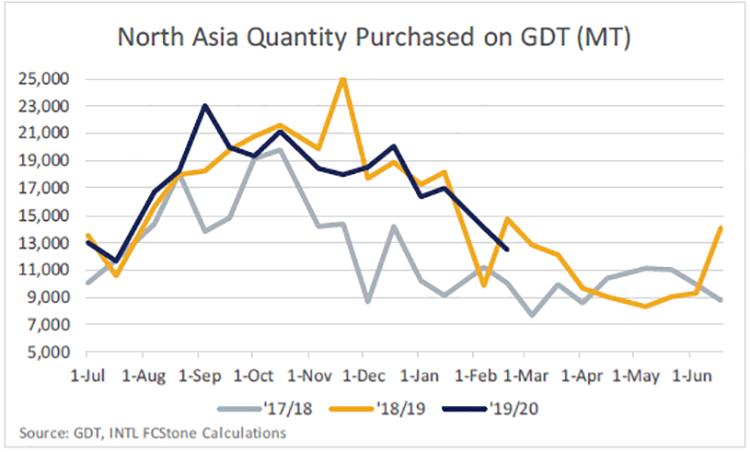 To put COVID-19 impacts into perspective, we need to answer how much milk production or demand outside of China would have to adjust to offset declines in Chinese consumption and imports.

One of those surprises could still be New Zealand milk production. The weather remains dry in the country and the pasture growth index (on a 30-day rolling basis) is now running close to the pitiful levels of last year. In the past three weeks, FCStone has pulled down the New Zealand production forecast for this season by 0.6% (which would offset a 1% drop in China imports). But if the weather remains as bad, it’s possible another 0.5% to 1% will come off the production forecast. That would offset another 1% to 2% drop in Chinese imports.

From a global perspective, production still looks pretty good with the EU running strong and U.S. production expected to improve as the herd grows. The most recent Australian and Argentinian production was also a little better than expected. New Zealand production issues alone won’t be enough to propel prices higher, but they might offset some of the bearish issues around Chinese demand and COVID-19.

Dairy’s timing may work out perfectly

Get ready to harvest that corn grain
By Nate Donnay, StoneX Group Inc. 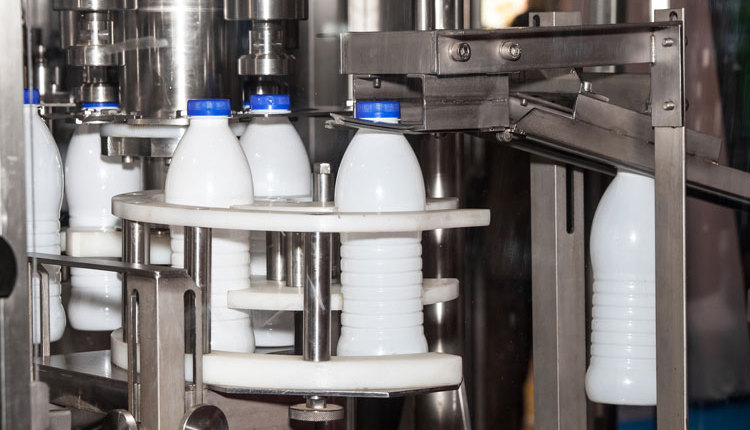