Dairy to get 18% of direct payments from USDA 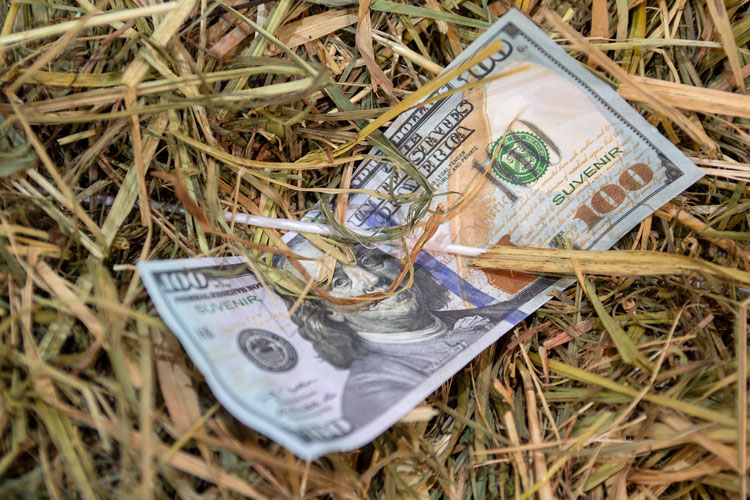 Of the $16 billion of direct support to farmers and ranchers from USDA, the nation’s dairy farmers will receive $2.9 billion in direct payments. Those disbursements will help replace some, but not all, of the actual market losses for agricultural producers caused by COVID-19.

USDA Secretary Sonny Perdue shared details of those payments via a media press conference. That press conference was held at an unprecedented time — 8 p.m. CDT on Friday, April 17. Questions flowed from agricultural media outlets along with the likes of The Wall Street Journal and ABC News during the nearly one-hour long question-and-answer session.

Unprecedented times
“Farmers are seeing prices and a market supply chain affected by the virus like they never could have expected,” said USDA Secretary Perdue. “We know the disruption to markets and demand is significant, and these payments will only cover a portion of the impacts on farmers and ranchers.”

The payment limit is $125,000 per commodity with an overall limit of $250,000 per individual or entity, reported Senator John Hoeven, (R-ND), chairman of the Senate Agriculture Appropriations Committee. Qualified commodities must have experienced a 5% price decrease between January and April, reported the senator in a separate press release.

“Having to dump milk or plow under vegetables ready to market is not only financially distressing, but it’s heartbreaking as well to those who produce them,” stated Secretary Perdue.

Dairy details
What does the $2.9 billion figure look like for dairy farmers?

From a California perspective, there is some concern about watered-down payments due to the state’s larger herd size.

“For an average California dairy of 1,200 cows, producing an average of 2,000 pounds per month (per cow), the maximum payment for a three-month period would be $1.74 per cwt.,” stated leaders for Western United Dairyman.

“At the time of publishing, we think farms with more than 500 cows will receive the maximum payout,” wrote Matt Gould in the April 17, 2020, The Dairy Market Analyst. “That means the remaining 90% of producers will receive less than the $125,000 limit,” he continued.

“If we are right, the portion of the program going to producers with more than 500 cows will only cost $417 million. The other $2.5 million would be spread across farms with less than 500 cows — an average of about $80,500 per farm,” continued Gould, writing in The Dairy Market Analyst. So, this leads to two possible conclusions: either USDA is going to use this money to support “small farms” or it is not going to pay out anywhere close to $2.9 billion.

That being the case, the direct payments will not even come close to making up for all of dairy farmers’ losses during the COVID-19 pandemic. However, it’s a starting point to help bridge the market chaos where milk supply exceeds demand by at least 10%. That gap could widen as milk production begins to peak during the spring flush and if “safer at home” orders are extended by U.S. governors.

The sign-up process
USDA “will do everything in our power to implement this program as quickly and as efficiently as possible,” said Perdue during the Friday night White House news conference. The Secretary went on to explain that the sign-up process should begin in May, and payments should be headed to farmers by early June.

“We are going to do this as quickly as possible,” stated Perdue.

Two “no goes” for dairy
The USDA Secretary, and his advisers, rejected two requests from the greater dairy industry:

“We literally begged people to sign up last year . . . it doesn’t make any sense to have an insurance program and allow people to retroactively decide to elect coverage after they need it,” he said in answering media questions.

As for the short-term supply control program, Secretary Perdue rejected that idea, indicating it would have been costly and needed far more examination over the long term. He went on to say this would be better handled by the industry.

How dairy fared
The $16 billion in payments are part of the CARES Act known by its longer name of the Coronavirus Aid, Relief, and Economic Security Act, the Families First Coronavirus Response Act (FFCRA), and other USDA existing authorities.

Of the $16 billion in direct farm payments:

Secretary Perdue acknowledged that allocating money was an arduous process as all the agricultural commodity groups submitted their own estimates. Ultimately, the Secretary relied on the Office of the Chief Economist and Food and Agricultural Policy Research Institute (FAPRI) at the University of Missouri to quantify the demand destruction by commodity groups.

An additional $3 billion for food purchases
On top of the $16 billion in direct payments, USDA will allocate another $3 billion in mass purchases of dairy, meat, and produce that will be distributed through food banks. USDA plans to roll the $3 billion plan out as $100 million monthly food purchases via a “preapproved box” of food for distribution at food banks and other outlets.

“It is new and different; we’ve never done this before,” Secretary Perdue stated. “It will be a logistical Rubik’s Cube.”