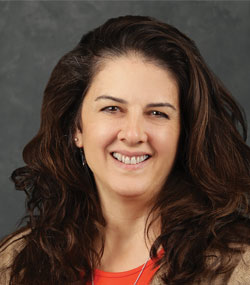 Marilyn Hershey
With several farms sprinkled throughout the countryside, it is not uncommon to drive down the road and see signs offering “Free kittens.”

Farmers know, when there are two cats, many will quickly follow. It’s easier to give away kittens than to continue feeding the multitude.

A farm is the perfect place for cats to hang out. Farms offer a playground and space. There are barn rafters and hay bales to climb and all sorts of hunting opportunities.

Unless the cats are spayed, kittens will appear — many times over, and over, and over again. But, I argue, kittens are adorable, fun to have around a farm, and children love to play with them.

Some of my earliest memories include kittens. I don’t remember playing with dolls, but I do remember pushing kittens around the farm in my baby stroller. The three colored kittens were all named after flowers: Petunia, Daisy, and Rose. The striped family had names like Tiger and Cheetah. Taking care of my family of kittens was a really big deal.

I must have shared my kitten stories at school because I remember a girlfriend begging for a kitten. Parting with one of my precious babies would not be easy for me, but my parents were more than willing to give one away.

Joann and her mother came over to pick out a favorite, but we soon found out her mother was allergic to cats. My friend was devastated when she found out that she was not taking a kitten home.

We were both determined to make this happen. I set up an adoption plan where Joann picked out her kitten and named it, but the furry friend stayed at our farm. She was able to visit when it suited. This was a win-win. Not only did she own a kitten, but that meant all my favorites stayed on the farm.

My love for kittens was passed onto our children; however, I soon realized there needs to be oversight when raising both children and kittens. For example, boys need to know that kittens are not airplanes, nor do they want to fly like one.

Our oldest son, Stephen, has always been fond of kittens. He had a favorite named Milo. Having a farm right beside a road does not always mean good endings for pets, and one day a car hit Milo. He was injured, and although we do not typically bring them into the house, we allowed Stephen to keep Milo in his room to recover. This was not a good decision, as it didn’t take too long to realize that aside from injuries, Milo also had fleas. Fleas that now infested our house.

That was an expensive lesson learned. Although Milo recovered from his injuries, I am certain he was the last cat to live in the house.

Most farms also have dogs, and every farm dog we have had also carried a strong instinct to keep the cats hiding in the shadows of the barn. However, Kelby’s blue tick hound dog gave us conflicting messages. She most certainly knew that cats were meant to be chased up a tree. They filled her strong instinct to tree an animal. She needed that “tree fix” nearly every day. The cat did not always have to be in a tree; they could be high on a barn rafter, on top of square hay bales, or anywhere else that was too high for Harley.

Harley’s conflict came with kittens. If she found a litter of kittens, she would claim them as her own and try to feed one. There were many times I had to remove the kitten and put the entire litter in a place that Harley could not reach them.

If Harley were still with us, she would have been overwhelmed with the motherly responsibility of raising kittens this year. Our cat population exploded, and in a short amount of time, I had four mother cats carrying kittens. They had their litters, and before I could blink, they were all pregnant again.

I am all about barn cats and kittens, but this was a bit overwhelming. I never remembered having this many litters of kittens running around the farm. I could see what the next few years would be like if I turned a blind eye and let them keep multiplying. So, we took a new step and started the process of getting them spayed and neutered so we can stop this reproductive snowball.

We have a friend who makes sure that cats, and especially feral cats, are neutered and spayed. Deb gave me equipment and tips on how to catch a wild barn cat. Amazingly, even the toughest ones were lured into the crate. It was quite the process of collecting cats, one by one and some days two by two.

Most of our cats came back to the farm and are enjoying their normal routine. A few found new homes and will enjoy a life of leisure.

There is a part of me that questions my decision. Finding a new batch of kittens has always been a part of my farm life, and this is a different chapter for me. In fact, I drove past a farm the other day that advertised “Free kittens.” For a brief moment, I was tempted to stop by. I’m sure they are adorable.