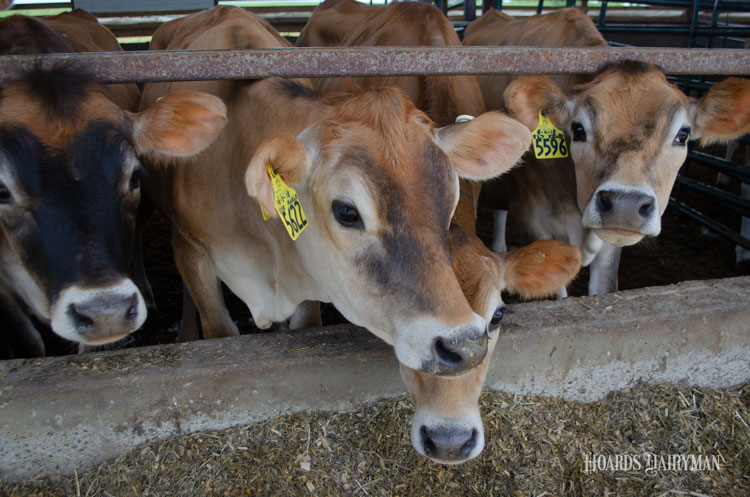 The true cost of raising replacement heifers is difficult to determine, although every dairy farmer realizes it’s a significant investment. That’s why Cornell researchers helped 26 dairy farms in New York evaluate their heifer raising costs last summer. The published results share only a snapshot of these farms, but they are useful in evaluating the trends and expense areas of raising replacements.

Over this short period of time, the farms tracked all inputs and costs related to heifers and consulted records to follow animal movements and treatments. Capital investments were also used in the survey to estimate fixed costs associated with each heifer. Nine of the farms used custom heifer services to some extent, while the other 17 raised all heifers on the farm.

The total cost per animal from birth to calving averaged $2,355 on these farms. However, there was a significant range in the total cost, with the majority of farms falling somewhere from $2,094 to $2,607 per head. On a per day basis, raising costs averaged $3.45 per head.

The total investment in the animal was a bit higher, as the researchers assumed a $150 cost to get a heifer calf born alive.

Peaks and valleys
Unsurprisingly, feed and labor were the two largest cost areas. These two categories combined to account for just under 60% of the total cost of raising each animal.

Both feed and labor largely contribute to the U-shaped trend of total costs over the period of raising. In this group of farms, daily feed costs peaked during preweaning at about $3.25 each day. After weaning, feed costs remained steady around $1.50 per day until the precalving period when they climbed back toward $3.

Labor costs experienced an even more dramatic drop, from just over $1.70 per day during milk feeding to a mere 22 cents after weaning. Time for heat detection and breeding raised costs some around puberty, but they fell again until near calving when each animal cost around $1 per day in labor.

Make the most of that time
While we don’t want to skimp on quality feeds, labor efficiency may often be a target of optimization on dairies, especially for heifers that are not providing a return on their investment yet. Facility design, technologies, and process streamlining can improve labor usage.

Labor efficiency can be measured by “heifers per labor hour,” which calculates how many animals can be taken care of in one hour. In this survey, average heifers per labor hour shot up from 11.4 during preweaning to 56.9 for postweaned heifers, with a total average of 36, although not all custom-raised hours are accounted for in that number. The 17 farms that raised all replacements on-site averaged 41.4 heifers per labor hour.

Hit the road with this advice in mind
By Katelyn Allen, Associate Editor

Hoard's Dairyman Intel
Break down that cost of production

Hoard's Dairyman Intel - Thursday
What’s a market for your milk worth?