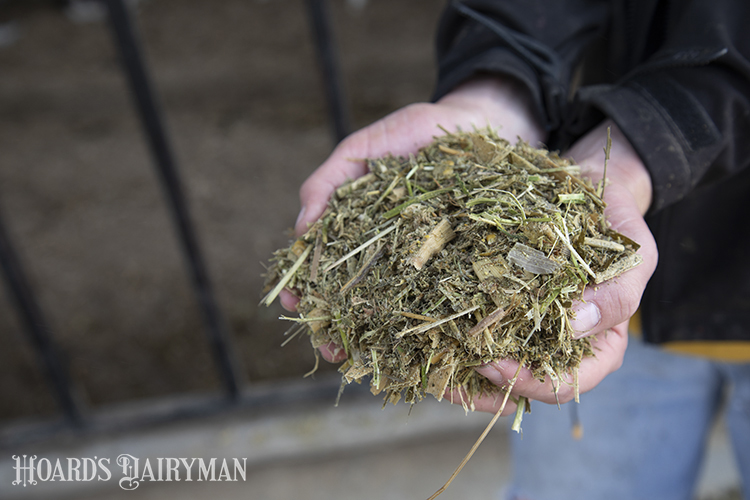 Now that silage harvest is finished in Iowa, it’s time to evaluate the corn and alfalfa quality in terms of digestibility, what it means for milk production, and even a comparison to past crop year history.

“In general, they’re pretty similar across the board on the milk per ton values,” said Neal Wininger, feed and forage consultant at Dairyland Labs in Arcadia, Wis.

Starch digestibility for corn is also close to last year’s numbers. In comparing new crop data from September and October data points in 2019, Wininger found the exact same median value of 69.5. Wininger reported these findings during the Iowa State University Extension and Outreach Team’s webinar “What Does This Season’s Corn Silage Look Like?” (Figure 1).

As for alfalfa haylage, trends also continued to be mostly similar to the past three years. The milk per ton values did slightly trend up due to the neutral detergent fiber (NDF) digestibility being slightly higher, from the three-year samples at 2,919 milk per ton to the 2020 samples at 2,958 milk per ton (Figure 2). 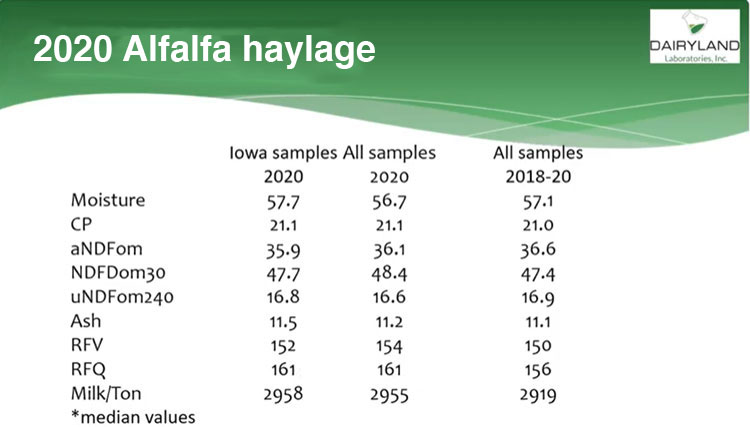 In terms of early versus later alfalfa, Wininger saw positives in both, as long as the crop wasn’t too heat stressed.

Wininger also commented on the popularity of cocktail mixes for future harvests, due in part to past alfalfa winter kill and manure management opportunities. He plans on doing further studies on cocktail forage mixes.

“There’s a definite trend and interest in these forage crops for a variety of reasons,” he said.