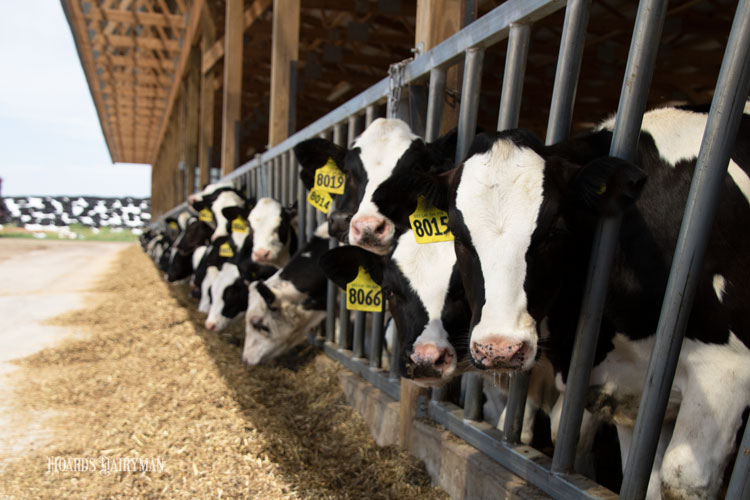 Though feeding a dairy heifer makes up the largest single cost of raising it, that still can become a lower priority. Farmers need to take into account multiple feeding strategies and economics, as well as pay attention to the needs of their life stages.

“We’ve got to remember, heifers are not lactating cows,” said Jud Heinrichs, professor of dairy nutrition at Penn State. “They do not need feed 24 hours a day . . . we don’t need to go for maximum intake like we do with a lactating cow. We just need enough intake to get it to grow the way we want it to.”

Farmers can focus on the different needs of the heifer periods, which can be separated into weaning to 6 months, 6 months to puberty, and breeding to precalving.

For weaned calves to 6 months, diets should be based on 5 to 6 pounds of grain per head per day, in part dictated by forage quality. Farmers should also have a goal of seeing a body condition scoring of about 2.75, or a range from 2.50 to 3.0 on a five-point scale.

“I don’t want to see them over a 3.0 in this time period, because that tells me they’re getting too much energy, and they’re probably growing too fast,” Heinrichs said during “Dairy Heifer Nutrition 101,” a webinar hosted by Penn State Extension.

Rations change with age
From 6 months to the puberty and breeding period, diets should be based on heavy forage feeding and grain (3 to 4 pounds). From breeding to precalving, the intake has to be adjusted according to the quality of the feed. They need a high-forage diet, and not only corn silage. The feed should be balanced so the body condition score should be a 3.3 to 3.5.

When looking at the economics of feeding heifers, Heinrichs said there are two common ways. Farmers can feed large amounts of cheap, low-quality feed, or maximize feed efficiency with small, nutrient-rich feeds.

“Both will get the job done, and both are used on many, many farms on any given day,” he said. 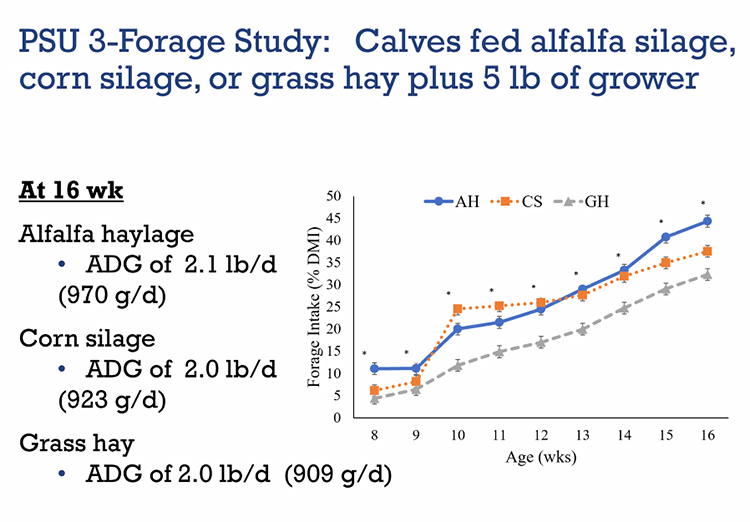 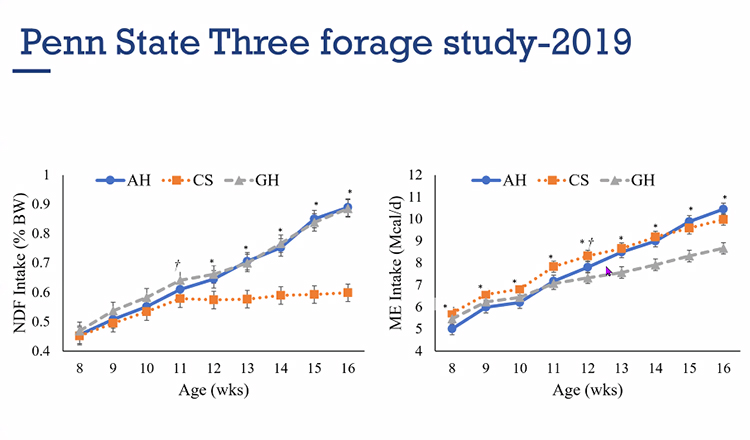