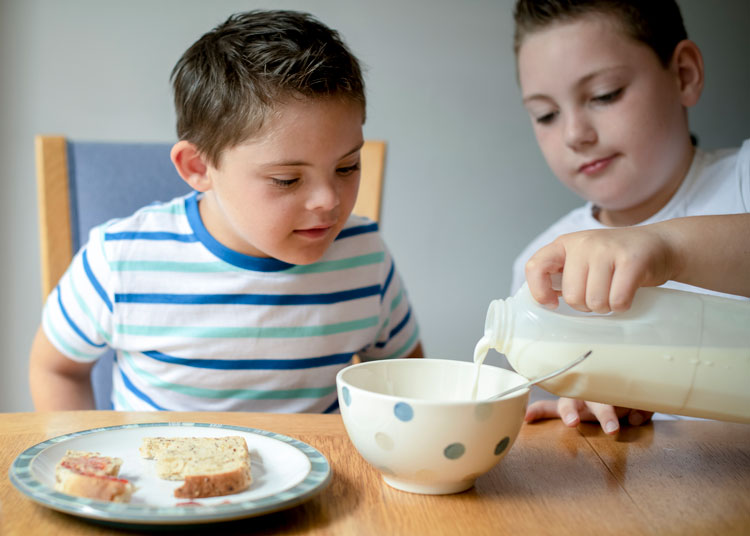 The American Dairy Science Association published a study that confirms households purchasing food for children behave differently than all other American households. Those homes with children not only purchase more dairy products, but they also buy and consume more higher fat milk and more yogurt.

In “Dairy product purchasing in households with and without children,” Mario Ortez, Courtney Bir, Nicole Olynk Widmar and Jonathan Townsend proved their hypothesis that households frequently buying for children have a different buying pattern than those that have no children.

The online survey collected household demographic and purchasing behavior from 1,440 Americans from June 11 to June 21 in 2019. Out of these, 521 respondents had at least one child in the household.

“On average, households that frequently bought food for children bought more fluid milk, and that milk had a higher fat content than households that did not frequently buy food for children. Respondents who indicated that they purchased whole milk also purchased a larger quantity,” stated the four authors from Purdue and Oklahoma State Universities. 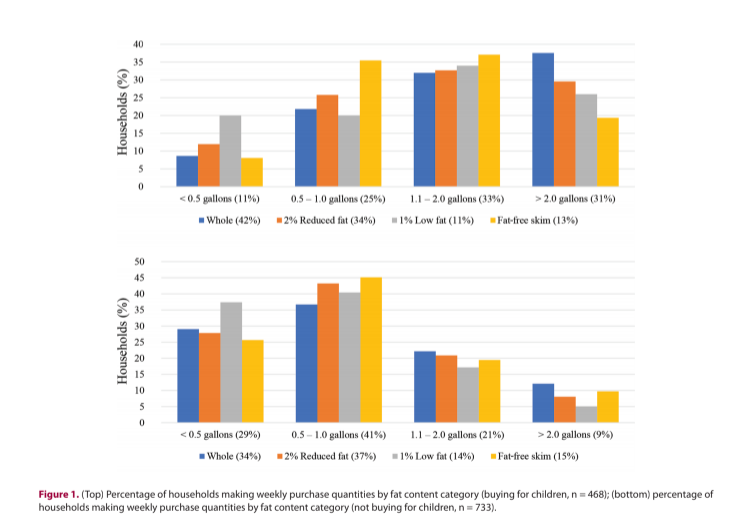 What about cheese and yogurt?
Respondents from households with children were also asked about their cheese and yogurt buying behaviors, specifically whether it was bought for snacks, meals, or recipes.

The highest percentage (49%) reported buying cheese sticks for snacks, followed by cubed cheese (40%), cheeseballs (32%), and cheese blocks (31%). The highest share of households reported buying all categories of yogurt for snacks, as the categories were broken into traditional, Greek, drinkable, tubes, and three child sized portions of packaging.

Price and expiration date tops concerns
In addition, the study compared what information buyers looked for on food labels, and they found the main concerns of the child-household purchasers were price and expiration date. The study authors believe that this information can guide companies on creating product labels that appeal to consumer interest.

Learning more about the behavior of people purchasing for children may influence dairy industry marketing efforts and decision-making.

“Practitioners in the dairy industry as well as policy makers can take from these results that their efforts to influence consumption of dairy should include tailoring them to the specific household segments being targeted,” the authors noted.