Mycotoxins warrant attention but not fear 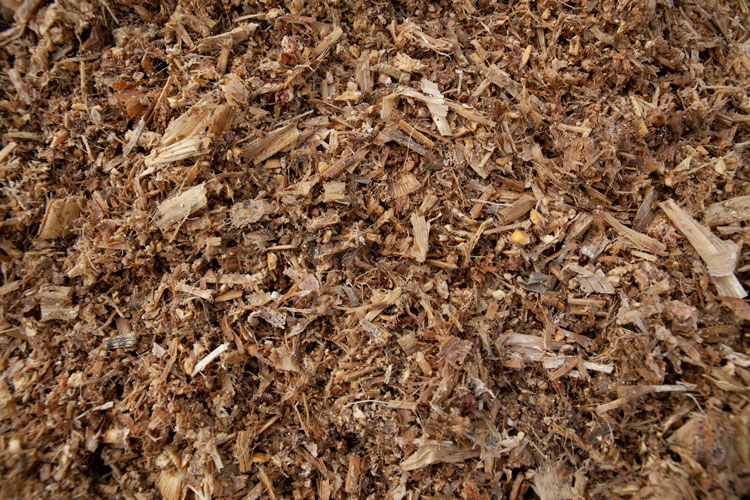 A week or two ago, I was brought into a discussion between two respected plant pathologists regarding mycotoxin levels in different regions of the U.S. from the 2020 crop year. One of which is my friend and colleague, Damon Smith with the University of Wisconsin-Extension team. He’s taught our industry a great deal already, and has some interesting research coming to light regarding mycotoxin concentration changing during ensiling. Stay tuned!

Coming back to regional trends these past two years, we’ve watched mycotoxin results flow through Rock River Laboratory’s high tech HPLC MS/MS equipment the past two years. The results for many farms have been fairly clean in the 2020 feeds category. Yet, the discussion I was pulled into centered around stark concern permeating from the eastern U.S. The concern was rooted in some scary newsletters suggesting there are grave mycotoxin concerns with 2020 feeds.

We dug in to find out.

Prior to these newsletters, we had been looking at mycotoxin results on a broad scale year to year. However, with intent to delve into the East region relative to the rest of the U.S., we broke out our reports a bit differently. We then uncovered some interactions that warrant stepped up awareness . . . but not fear.

Looking to a plant pathologist for insight
The 2020 growing season left us scratching our head in many ways, as discussed in the recent nutrition focused article “Silage quality doesn’t play out like a textbook. Now focusing in on anti-nutritional factors, the 2020 mycotoxin trends we’re seeing play out are following suit.

In the Midwest and western U.S., the trends are generally down, and at safe levels such as can be seen in Figures 1 and 3 for mycotoxins associated with cool season molds. The red line in these two figures highlights a concern level for a dairy total mixed ration.

However, the eastern U.S. is presenting different trends, with Vomitoxin but not T-2 toxin. I’ve historically expected cool season mycotoxins to trend together, and have even recommended using Vomitoxin as a marker. I’m rethinking this now due to Vomixotin being high but not T-2. 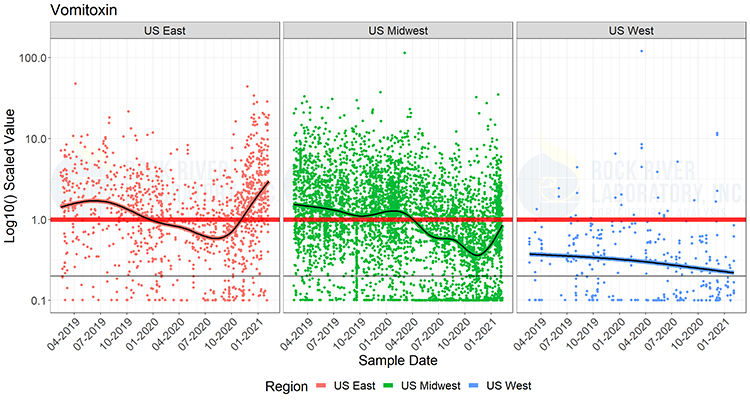 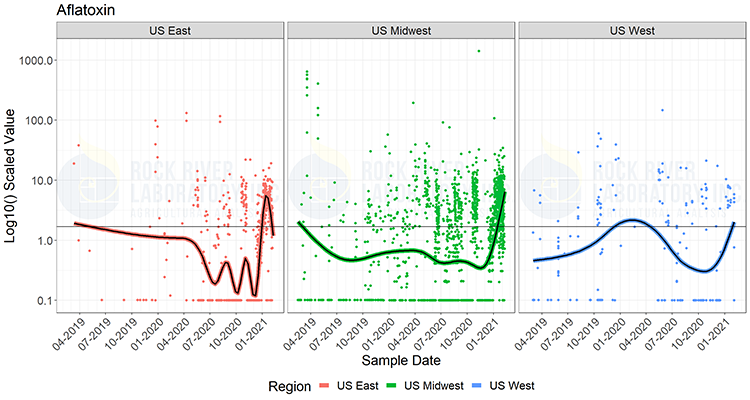 With Damon’s help, we better understand that DON and Zearalenone (data not shown) have trended together and are produced by Gibberella ear rot. T-2 is different because T-2 toxin and Fumonisins are coming about from Fusarium ear rots. 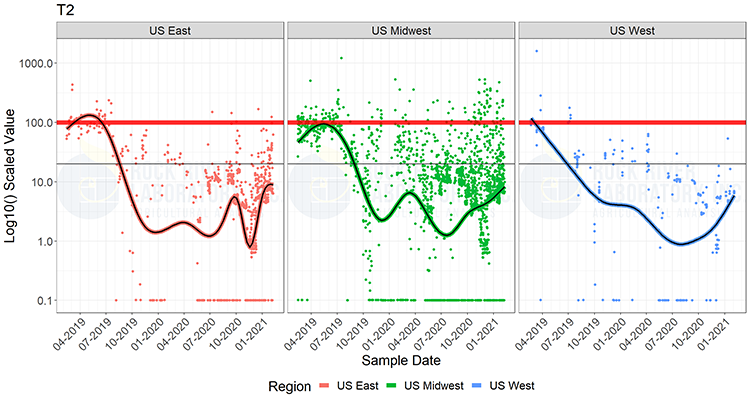 Then Aflatoxin also showed up in the Midwest and eastern U.S., which left me scratching my head as I didn’t recall the summer being overly droughty. Hence, I leaned on Damon again to help us digest what we’re seeing here.

Damon wasn’t surprised, commenting that the aflatoxin in the Midwest may likely be coming from the Iowa region where drouthy conditions and lots of damaged corn prevailed, likely predisposing this crop to Aspergillus infection. And in the East, to quote him verbatim, “The East was a train wreck”.

Coming back to the scary newsletters out there, I’ll reiterate, proceed with caution when reading and making decisions based upon mycotoxin trends that catch the industry’s attention. Work with trusted advisers to determine if your ration has mycotoxin contamination to address. It is also important to know what mycotoxins are present, so testing for the ones important to your region may be necessary. It might not always be vomitoxin that you should be on the lookout for. These figures and observations shouldn’t be cause for panic, but rather highlighting some interesting revelations coming out of 2020. Continue to look for feed hygiene opportunities with your nutritionist, respected allied industry experts, and your veterinarian.

Crops and Forages
Give crops a fighting chance

Hoard's Dairyman Intel
Could starch be leading to digestive issues?