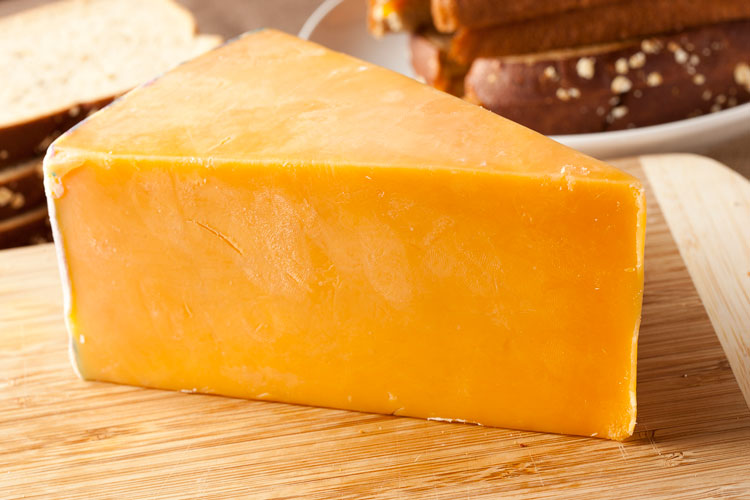 Cheddar blocks and Cheddar barrels . . . these terms are likely familiar to those who closely follow dairy commodity prices. The going rates for both products feed into what farmers ultimately see as the Class III price. Even though blocks and barrels are both made from Cheddar, they are two unique products that bring close, but still unique prices.

The most obvious difference is their weight. While some blocks are made in 640-pound weights, most are typically sold at the 40-pound size. Barrels are much larger at 500 pounds, described Kurt Epprecht on the March 3 Hoard’s Dairyman DairyLivestream. Epprecht and his family operate Great Lakes Cheese, which is based in Ohio and has eight cheese plants across the country.

Epprecht also expanded on how the products are used differently.

“The Cheddar 40-pound block is a ready-to-eat product that has to have a certain flavor and melting characteristic and body characteristic to be put in a shred, in a slice, or in a bar,” he described. “A barrel is going to be further processed and used as a base for processed cheese where, by nature, it’s being made into a melting cheese. You can do a lot of variations in your formulations to create that.”

That distinctive orange color
Further, blocks are generally made of colored cheese, while barrels are made of white Cheddar. Perhaps the most valuable characteristic of barrels that blocks cannot claim is that their production then results in a supply of white whey. White whey often goes into the highly valued infant formula market to be exported, Epprecht said.

However, colored Cheddar is in greater demand in the U.S. than white Cheddar is. This creates colored whey. “The annatto that is used to color the cheese travels in the whey and it has to be bleached out,” explained Epprecht of the natural orange coloring. “Plenty of countries have written in their specifications for tenders that they cannot have bleached whey, and most of the whey that comes from a Cheddar plant is probably bleached whey. So, it limits the market and devalues it compared to a white whey.”

Capacity creates specialty
Most cheese plants specialize in either blocks or barrels, and there’s often not much switching between the two. That’s a function of both the products having different requirements and markets as well as the processors growing.

“Along with the specifications on color and body, it requires special equipment,” Epprecht said of switching. “Barrels are rather dangerous to handle without the proper equipment, so without a doubt, it’s not easy to switch between barrels and blocks.”

“Over the last 40 years, the cheese industry has continued to grow faster than just about every other segment of the dairy industry. You’ve gotten bigger and bigger and more streamlined cheese plants that have, in the process, taken away their flexibility,” described experienced dairy buyer and trader Ted Jacoby. “Twenty years ago, there were probably 15 plants that produced both blocks and barrels. Today, I think there’s three.”

Epprecht added that barrels are generally an easier bet for cheesemakers to make because of the valuable white whey, the shape that processors can use, and the ease of storing. “It’s far more forgiving to make a barrel cheese than a block cheese,” he said. Those reasons also help barrel plants be a little more flexible, and they often end up with more of the existing spot milk, Epprecht explained.

That leaves one question: Is a barrel of cheese actually in a barrel?

“It used to kind of resemble a chemical or fluid barrel and it was metal, but since then, it has gone to a plastic bag and a corrugated box with multiple dimensions,” Epprecht said. “It was very much a barrel at one point, but now it’s a cylindrical 500-pound block of cheese that is usually vacuum-packed.”