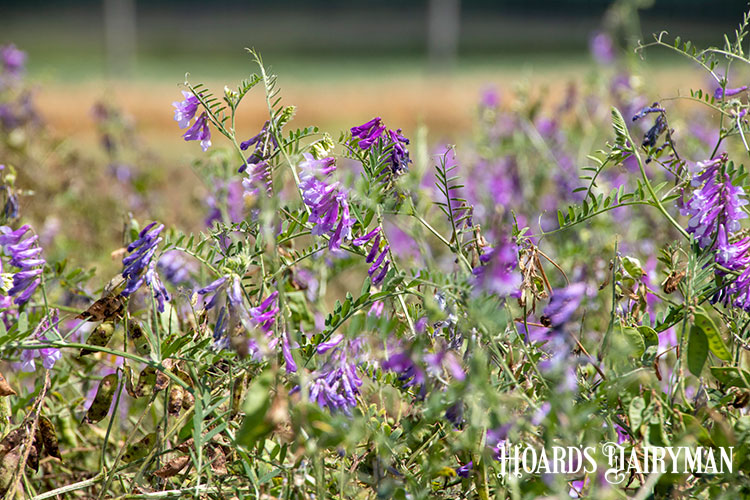 As of 2017, nearly 300,000 acres of cover crops were planted across New York state. That’s 7% of the state’s total cropland, and that land number continues to grow. Even though cover crops are picking up momentum, more work needs to be done in the area of seed and genetics.

“As a plant breeder, I’m really focused on improving cover crop genetics,” said Virginia Moore, assistant professor of plant breeding and genetics at Cornell University. “We know that a lot of farmers use variety-not-stated (VNS) cover crops, which are kind of the Wild West of cover crops. They are of unspecified origin and quality, and you just have no idea what you’ll be getting and if they’re well adapted to your regional conditions or your management practices,” she further explained.

“You’d never plant a random, unlabeled bag of corn or soybeans, but this is really common in cover crops — you do it all the time without blinking an eye.”

Moore is part of a research team that surveyed farmers about cover crop varieties to gauge demand. They found a significant number of farmers would plant more if they had more varieties available to them, and they would even pay more if they provided additional benefits.

The cover crop research team has breeding nurseries at research stations and on farms in the Midwest and on the East Coast. They also work closely with Natural Resource Conservation Service (NRCS) plant material centers and do trials on a wide range of sites in the South and on the West Coast.

“I think this is a really powerful way to do our science and our breeding,” she said during the webinar “Cover Crops for New York Dairy Farms.” “We’re able to develop varieties that have wide adaptation as well as regionally specific material. We’re also developing a large data set to better understand the zones of adaption for different cover crop varieties.”

Focused on the most important qualities

“One of our most important selection criteria, especially for New York, is winter survival,” she said. However, they performed a lot of tests in growth chambers, since their experiments usually ended in complete survival or complete death, so it made it more difficult to test traits.

“Beyond winterhardiness, across all of our sites, probably the most important trait is biomass production because it controls a lot of ecological and economic benefits that cover crops provide,” Moore said. “We have found that location is by far the biggest driver of biomass production, which makes a lot of sense given the diversity of our locations that we test.”

While they have also seen standout varieties within each species, hairy vetch has been their top biomass producer.

“The progress is pretty dramatic within hairy vetch over the last five years, and I’m really excited about the things we’re seeing,” she said. “We’re currently in our third year of testing, but given the strong results we’re seeing, I’d expect one or more hairy vetch releases in the very near future out of our program.”

Use IV calcium when it best helps the cow
By Carla Wardin, Michigan dairy farmer