Put the choice in consumers’ hands 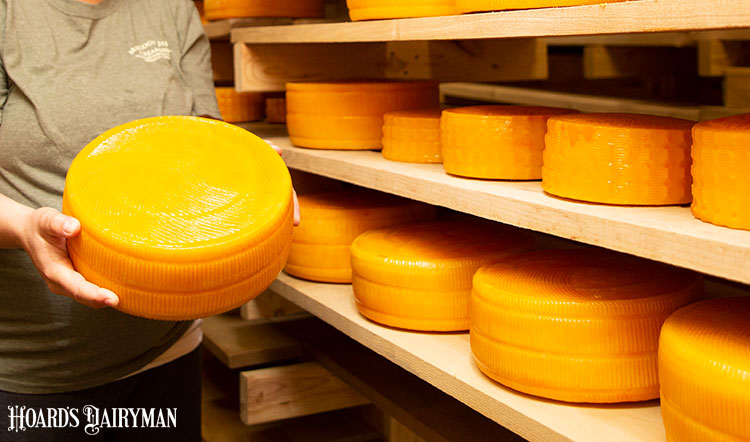 Geographical indicators (GIs) have held an increasingly important role at the trade talk table over the course of the last decade. As European cheesemakers in particular try to protect the market for their cheeses, American dairy processors are forced to fight for recognition of their cheese that often meet the technical specifications for those products.

During the March 24 Hoard’s Dairyman DairyLivestream, the conversation shifted to grocer and dairy processor views of GIs and the danger they pose to the American dairy industry.

“We at Kroger do think that it’s important that the U.S. not fall for that, and our position is this: If we have a U.S. product that is a better value for our consumers, then they need to be able to purchase it,” Mike Brown said of his company’s position on GIs.

Jeff Schwager, CEO of Sartori Cheese, echoed those thoughts with this simple conclusion. “In the end, we all want the consumer to be able to make the choice, not what some policy is from any given country or trade bloc.”

“We do import some cheeses, but I’m proud to say that our biggest sellers in our Murrays are still domestic cheeses, which is kind of fun,” Brown said of the specialty cheese counters at many Kroger stores.

These cheese counters feature American-made cheese alongside some imported cheeses, creating an array of options for the casual store goer. Brown emphasized that their goal was to place the purchasing decision right in the hands of the consumer.

“We think that there are lots of great American cheeses. A lot of it is actually made to European standards. I don’t care if it’s a Farmer’s or a Harvarti or a Feta or whatever it might be, there’s a lot of high-quality cheese,” the Kroger dairy supply chain director said. “Our biggest concern as a domestic grocery company is if the U.S. were to agree to some limitations.”

Schwager has firsthand experiences with GI-related confrontations. Several years ago, Sartori was able to enter a European cheese contest with a Parmesan cheese. They were happy when it won the category. However, the award was later revoked on issues related to geographical indicators and Italian control of the term “Parmesan.” That remains just an example of the concern that Schwager and Brown have related to the power of GIs to impact trade and consumer decisions.

The next broadcast of DairyLivestream will be on Wednesday, April 7 at 11 a.m. CDT. Each episode is designed for panelists to answer over 30 minutes of audience questions. If you haven’t joined a DairyLivestream broadcast yet, register here. Registering once registers you for all future events.