She went from farm team to college league

The author grew up on a registered Jersey dairy farm in Gays Mills, Wis., and worked as a multimedia journalist in radio and television. Alli Walker learned how to milk cows and throw and hit balls while growing up on her family’s registered Holstein farm just outside of Wisconsin Dells, Wis. photo: Kaitlin Riley

Whether she’s slipping on a pair of work boots or lacing up softball cleats, Alli Walker is not afraid to face a challenge.

Known as the workhorse of the Michigan State Spartan pitching staff, many of the lessons Walker brings to the mound come from her upbringing on a 100-cow registered Holstein farm just outside Wisconsin Dells, Wis.

“Growing up, all I can remember is spending time on the farm and showing cattle with my parents (John and Marci Walker), brother Brett, and my cousins,” she said.

Walk-Era Farms began in 1936 when Erwin and Ella Walker moved to the Badger State from North Dakota. Their son, Dean, took over the operation after marrying his wife, Dori, in 1957. Today, it is truly a family affair with Dean’s three sons, daughters-in-law, and grandchildren joining the tradition.

In addition to a passion for agriculture, the family passed down a love for America’s greatest pastime. Walker’s parents always encouraged their children to discover new activities.

“My dad and his brothers played a lot of sports growing up and in high school,” Walker said. “Sports were something he knew he could help us with, so he taught both me and my brother how to throw and hit a ball at a really young age.”

Once the milkers were hung up and the cattle fed, there were practice opportunities right on the farm. They built a backstop in the driveway and had a nearby batting cage.

Learning how to physically play ball was only part of what Walker mastered on the farm. Involvement in the agricultural community helped her slide into success.

Walker joined 4-H early in her life. Eventually, her mother and other community members developed a District 5 Holstein Association since their counties were too small to host individual chapters. At Portage High School, she was the fifth in her family to serve as an FFA president.

She passionately helped develop and show high-quality dairy cattle at every level of competition. Walker showcased her work ethic and skills by placing in the top 10 of showmanship at World Dairy Expo almost each year she participated.

“I learned a lot about leadership,” she said. “Just being on the farm makes you appreciate hard work, perseverance, and watching things develop. Showing cattle teaches you how to win and lose graciously. I’m pretty hard on myself, but I know that sometimes, you’re going to lose. You have to be able to get past that and move on to the next one.” 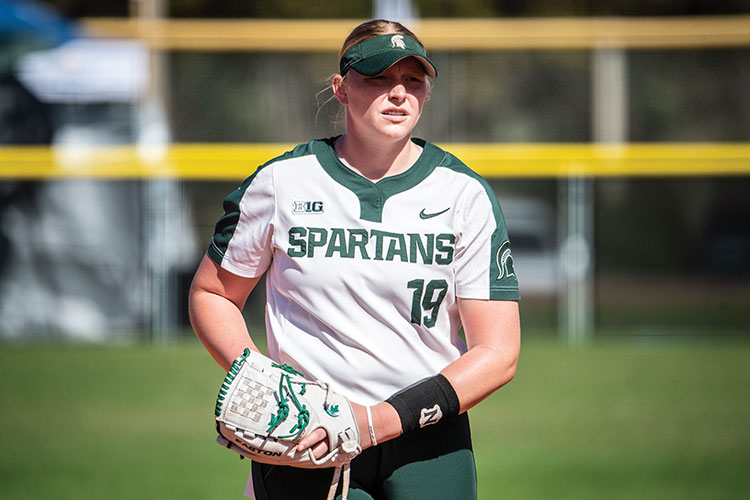 Now in her senior season, Walker travels the nation as a pitcher for Michigan State softball, but she keeps her sights set on agriculture with a major in animal science. photo: MSU Athletic Communications

Stepping up to the plate

Walker carried those lessons with her wherever she went. Through hard work and determination, she earned six varsity letters in high school: two for basketball and four for softball. Walker was a First Team All-Conference pitcher as both a junior and senior in the Badger North Conference. She was also selected all-district and honorable mention all-state by the Wisconsin Fastpitch Softball Coaches Association as a senior.

“I went to Madison College thinking maybe I could get a scholarship at a big school, but my options were limited because there are only so many agriculture schools,” Walker said. “Toward the end of my first season there, I thought those would be the last years I played softball because I wasn’t getting any interest.”

That was until the culmination of a historic season for the Madison College WolfPack in 2018. As a freshman pitcher, Walker was named the North Central Community College Conference’s Most Valuable Player. Her team won its first-ever regional title to qualify for the NJCAA Division II National Championships in Mississippi.

“I came in one inning and sat down to drink some water because it was 90°F, and my teammates said, ‘Alli, there’s a Michigan State guy watching you,’” she remembers. “I said, ‘No way, he’s watching the other girl.’”

Later, she noticed that the Michigan State recruiter was talking with her coach.

“I just kind of brushed it off,” she said. “We were trying to win a national title.”

Unfortunately, her team lost out of the tournament, but Walker earned calls from coaches at Michigan State, Bowling Green State University, and Mississippi State. Wanting to stay focused on a future in agriculture, she kept her eyes on the Spartans.

“I wasn’t planning on leaving Madison College after my first year, but it was a great opportunity, and Michigan State was perfect for me,” she said. “There is a huge agriculture community, and the sports family is really good, too.”

The Wisconsin farm girl started traveling around the country with Michigan State to play softball. As a sophomore in 2019, Walker recorded 122.2 innings in 39 appearances and 27 starts. She ranked 10th in the Big Ten Conference, posted a 5.31 ERA, tallied a 9-14 record, and struck out 65 batters. By her junior year, she posted a staff-best 2.89 ERA, ranked seventh in the Big Ten in total appearances with 17, and had 32 strikeouts.

“Our schedules are crazy,” she said. “Sometimes we don’t get home on Sunday nights until 2 a.m., and then we have to get up and go to class and practice the next day. But being from a farm, I’ve learned that it is worth it, and you just have to get up and keep pushing through.”

A bright future on deck

Like most events and industries, softball took the bench in 2020 because of COVID-19, and games were canceled in mid-March. Normalcy is returning with the 2021 schedule, and Walker is swinging for a career in agriculture.

She is majoring in animal science with a minor in agriculture business and embraces all opportunities to expand her knowledge as well as educate others. Walker’s story is currently used in various university promotional videos, highlighting the Spartan pitcher who grew into a competitive athlete on the farm.

“Being part of a sports team and in the public more, I have opportunities for public education and agriculture advocacy,” Walker said. “My teammates ask me questions all the time. A lot of them are from the city and have never seen a cow before, so it is really good for me to teach them about how we raise our animals and how we raise the food that they eat.”

When it comes time to step down from the pitcher’s mound, Walk-Era Farms will always be a place for her to call home. The family farm’s slogan, “Where Dreams of Excellence Are Bred,” stands true as the foundation for All-American Holsteins and an All-American pitcher. 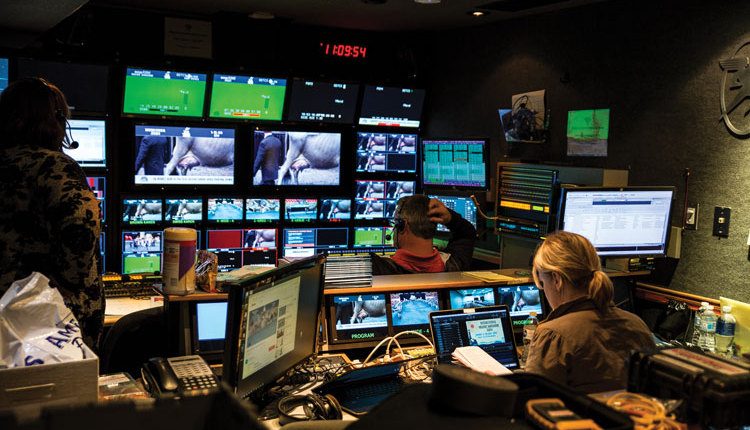