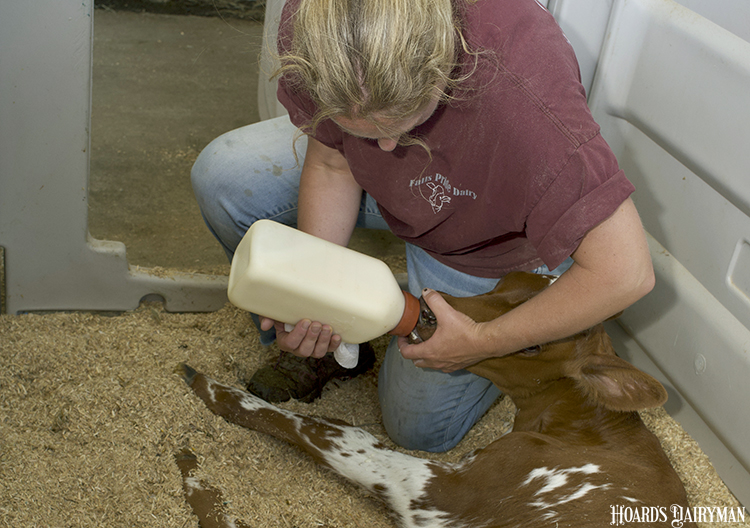 There’s no single recipe when it comes to raising calves, but there is one ingredient that cannot be left out, and that is colostrum.

“We know that colostrum is the single most important management factor for calf health and survival, principally because of its provision of passive immunity to the calf that is born without antibodies and the ability to make its own antibodies,” said Jim Drackley during the Four State Dairy Nutrition and Management Conference.

“Colostrum is also a rich first source of nutrients and is rich in bioactive factors, such as hormones, growth factors, and cytokines, which may be important in programming the tissue of the young calf to develop the gut and allow growth,” the University of Illinois professor continued.

While colostrum is a classic component of calf care, Drackley said some of our vocabulary used to discuss colostrum is due for an upgrade. While the term “passive transfer of immunity” is commonly used, he said it is much more accurate to say “transfer of passive immunity.”

“The transfer process is not passive, but the immunity is passive because it is coming from the mother’s colostrum,” he explained.

Farms use serum immunoglobulin (IgG) levels as a measure of immunity transfer. Drackley said that failure of passive immunity has long been defined as serum IgG concentrations below 10 grams per liter. However, he shared that there are studies showing reduced morbidity rates when the serum IgG concentration is much higher than traditionally recommended.

So, in a recent paper published in the Journal of Dairy Science, a new metric for measuring success of passive immunity has been introduced, recognizing the benefits of greater IgG concentrations. This new guide includes four categories:

Drackley said farms should aim to have 40% of calves in the excellent category, 30% in the good category, 20% in the fair category, and just 10% in the poor category. “This provides a goal or management benchmark for farms to compare their colostrum program,” he noted.

“It’s believed this system will do a better job in isolating problems in colostrum management than the simple dichotomous description of greater than or less than 10 grams per liter,” he concluded. “Hopefully this will bring improvement in management of young calves to decrease morbidity and mortality.”