Striving for January production in June 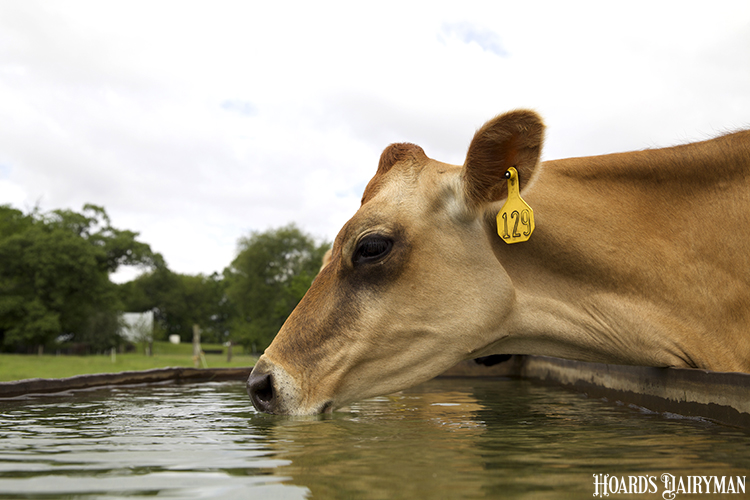 When hot weather takes a toll, some farmers may find themselves thinking longingly for the colder days of winter. While not all people prefer the cold and snow, cows tend to perform better when the mercury in a thermometer is not rising.

During the Four State Dairy Nutrition and Management Conference, University of Illinois Dairy Extension Specialist Derek Nolan shared a tool that can be used to measure the impact of heat stress on a dairy herd. The summer-to-winter ratio, which was first developed in Israel, is a metric used to quantify seasonal effects on cow performance. It compares different dairy herd production metrics in summer and winter to assess the negative effects of hot weather.

“A temperature-humidity index above 68 is when our cows start to experience heat stress,” Nolan said. “It is well recognized that cows experiencing heat stress have increased disease incidence and lower milk production.”

Using the summer-to-winter ratio, a farm can compare changes of specific production values to a time period when cows were not under heat stress. Nolan said it can also be used to determine how well a farm is adapting heat abatement strategies.

The goal, Nolan said, is a ratio of 1; a ratio under 1 is associated with reduced performance. For example, he said a farm that has a herd average of 61 pounds of milk in the winter and 51 pounds in the summer would have a summer-to-winter ratio of 0.82.

“The optimal would be 1,” Nolan said, “but very rarely do we have optimal performance in the summer.”

The higher the ratio the better, except in the case of somatic cell score. As an example, Nolan shared a sample farm with a somatic cell score of 3.5 in the summer and 3 in the winter. That equates to a summer-to-winter ratio of 1.17. In this case, a lower number would be more desirable.

As part of the Southeast Milk Quality Initiative, 122 farms in the southeastern region of the country participated in a survey and housing assessment to evaluate how effective heat abatement strategies were on production. The results showed that farms where fans were turned on when the temperature was less than 70°F have a summer-to-winter ratio for energy-corrected milk (ECM) of 0.93. When the fans were turned on after the temperature rose above 70°F, the ratio was 0.88.

Nolan said these numbers aren’t surprising. “Usually, reproductive performance is what is hit the hardest during those summer months,” he noted. By using the summer-to-winter ratio tool, however, problems can be identified and changes can be made.

“Summer-to-winter ratios can be an be an effective strategy to determine how well we are using heat abatement on the farm,” he said.

“Our goals depend on the farm and the region it is located,” he added. “By adding those heat abatement practices, hopefully we can help decrease that summer slump.”