How milk gets sent north of the border 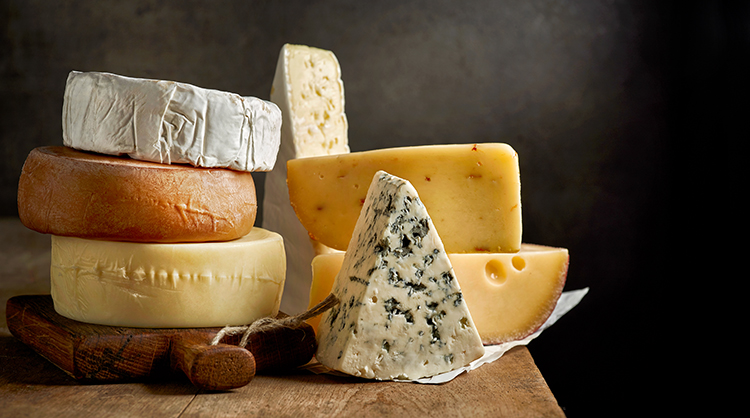 The United States-Mexico-Canada Agreement (USMCA) that officially took effect July 1, 2020, has received a lot of attention for its negotiations to crack open the door just a little wider for U.S. dairy products to make their way into Canada. Now, with a formal dispute settlement case launched by the Office of the U.S. Trade Representative into Canada’s allocation of tariff-rate quotas (TRQs), dairy farmers may be asking what dairy products the U.S. actually sells to Canada.

Canadian agricultural economics researcher Al Mussell shed some light on that question on the June 30 Hoard’s Dairyman DairyLivestream. There is a mix of retail-ready consumer products and ingredients for processors that get brought in, of course depending on what an importer believes they can sell most profitably.

In general, the Canadian dairy market is served by imports more so than the U.S. market is, particularly in the cheese category and often by European cheeses, Mussell said. “Frankly, I don’t know if we have enough cheese plants in Canada to keep up with the growth in cheese demand, so we’re going to need those imports,” he explained.

If a Canadian retail outlet were to want to fill a need by contracting directly with a U.S. supplier, they would have to go to a Canadian TRQ quota holder and ask them to import product on their behalf, Mussell described. North of the border, Canadian importers of record are the ones who initiate dairy trade.

Another opportunity for U.S. dairy producers occurs through what are referred to as duty drawbacks. In this case, loads of bulk milk or bulk cream are shipped north, get processed, and then return to the U.S. to be sold to consumers. These finished products do not count in Canada’s direct dairy product imports.

Mussell explained why what he admits seems like a crazy system actually makes sense. It comes back to the U.S.’s Pasteurized Milk Ordinance (PMO), which mandates that certain dairy products (cheese is one of the exceptions) are made only with U.S. standard Grade A milk. Although Canada also has a standard for Grade A milk — which is very similar, according to Mussell, who worked stateside for Land O’Lakes for a number of years — the PMO requires that if any Canadian company wants to sell one of the regulated products to the U.S., all milking and processing facilities would have to be inspected under PMO guidelines. “So, it’s prohibitive,” Mussell said of the unique trade category between Canada and the U.S. which share nearly 9,000 kilometers or 5,500 miles of border. That’s the most in the world.

Therefore, Canadian processors turn to importing raw milk and cream that’s already produced under U.S. Grade A standards and turn it into the products that are then exported back to the U.S. Cottage cheese is one example he shared.

The new USMCA will help these two countries further define their dairy trading relationship and what these markets will look like into the future.

To watch the recording of the June 30 DairyLivestream, go to the link above. The program recording is also available as an audio-only podcast on Spotify, Google Podcasts, and downloadable off of the Hoard’s Dairyman website.