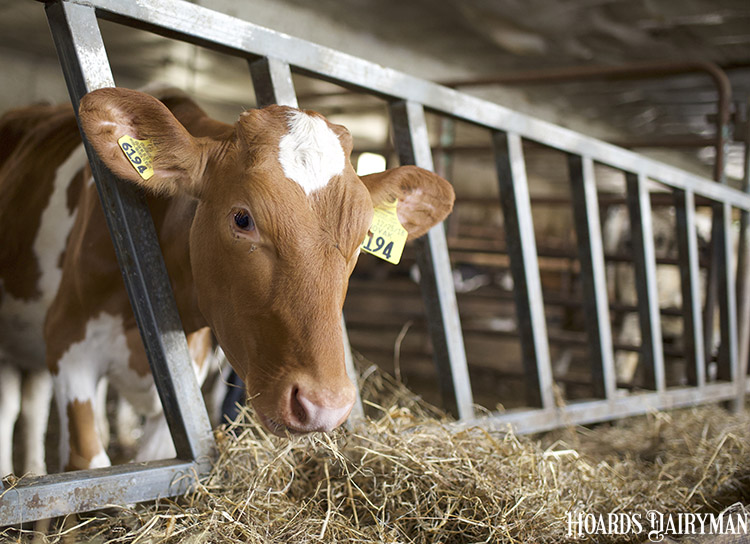 Accurately calculating the costs associated with operating a dairy farm is critical to evaluating if management practices and changes are worth their investment and helping the farm turn a profit. While there are certainly opportunities for a farm to boost the revenue they receive from milk, cow, calf, or crop sales, there are also many possibilities to internally influence the costs associated with bringing in that revenue.

To evaluate how on-farm costs differ between herds, the 2020 edition of Cornell University’s “Dairy Farm Business Summary” surveyed 102 farms in New York with more than 300 cows. Total cost of production ranged from $18.21 per hundredweight (cwt.) for farms in the lowest expense quartile to $22.20 per cwt. among farms in the most expensive quartile.

That $4 per cwt. break-even difference can be a wide sea to swim across with the volatile waves of milk markets.

Breaking down the costs in a Cornell PRO-DAIRY newsletter article, extension associate Jason Karszes noted that the difference in purchased feed costs from lowest to highest expenditure farms was more dramatic than the difference in milk production. From the lowest quartile farms to the highest, the gap in production was only 1,126 pounds. But farms spending the least on purchased feeds averaged a cost of $6.20 per cwt. of milk, while farms spending the most reported costs of $6.99 per cwt. of milk produced. “With a smaller change in milk production, the cost per cow is more significant,” Karszes wrote.

As for homegrown feeds, the pattern followed a similar trend. When machinery and crop expenses were combined and crop revenue was accounted for, the lowest quartile farms were spending $2.30 per cwt. of milk produced, or $619 per cow. That was compared to $3.61 per cwt. and $930 per cow for farms in the highest expense quartile.

Dairies in that quartile were farming more acres per cow than operations in the lowest quartile (2.08 acres versus 1.68 acres). However, in this study, crop revenue was highest for the low cost quartile farms with fewer acres per cow. Karszes attributed this to variations in growing and drought conditions throughout the state.

When expenses were totaled and interest, milk marketing, and government receipts were withheld, cost of production ranged from $12.97 per cwt. to $15.89 per cwt. across the quartiles. “This represents the net costs that the farm manager has a greater ability to influence during the year,” Karszes said.

After those three measures were accounted for, cost of production rose to $18.21 per cwt. and $22.20 per cwt. for the lowest and highest quartile farms, respectively.

Add information to your farm, not just tech
By Katelyn Allen, Associate Editor