Milk crates are trending for the wrong reason 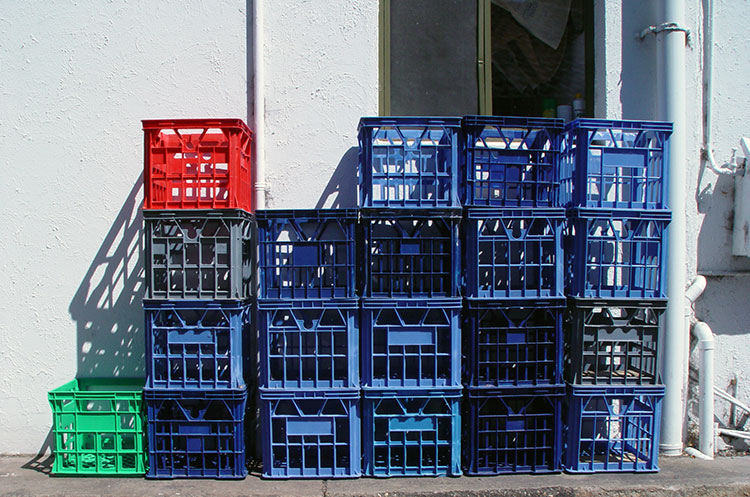 The Milk Crate Challenge is following in the footsteps of the wildly popular – and very dangerous – Tide Pod Challenge from a few years ago, when people would consume packets of laundry detergent. In the Milk Crate Challenge, people build a pyramid with milk crates and then try to walk over it, oftentimes tumbling down awkwardly mid-climb. While these videos exploded on TikTok and other social media platforms, the entertainment came at a high cost.

Doctors spoke out against the challenge, citing injuries that have resulted. In a Washington Post article, one doctor called falling off milk crates more dangerous than a fall from a ladder. This high-risk activity and subsequent injuries come at a time when emergency rooms and hospitals are already overwhelmed and short staffed amid a surge of COVID-19 cases. The Baltimore Health Department went so far to post on its social media channels that people should check with their local hospital to see if they have a bed available before attempting the Milk Crate Challenge.

Playing off the global pandemic and recent U.S. Food and Drug Administration’s (FDA) approval of the Pfizer COVID-19 vaccine, late night television comedian Conan O’Brien joked on Twitter last Monday that he was waiting for FDA approval before he would take the Milk Crate Challenge.

The FDA quickly responded to O’Brien with a tweet of their own that same day: “Although we regulate milk, we can't recommend you try that. Perhaps enjoy a nice glass of 2% and return all those crates to the grocery store?”

Plastic milk crates were first used for transporting milk in the 1950s and 1960s, replacing the wooden and steel crates that were utilized previously. The Dairy Farmers Cooperative Milk Company in Australia is credited with designing the first plastic crates, evolving them into the version used today.

While the crates are handy for hauling other items besides milk, stolen crates result in big losses for milk processors. In a 2009 survey by International Dairy Foods Association (IDFA), it was estimated that $80 million was lost annually by dairy companies due to missing milk crates.

Most recently, milk crates have found a new use as part of the Milk Cart Challenge, but hopefully this practice will sunset soon. As of late last week, TikTok had removed videos and the Milk Crate Challenge hashtag from its site and issued a warning, asking users to stop posting videos of people trying to climb over the unsecured towers of crates.